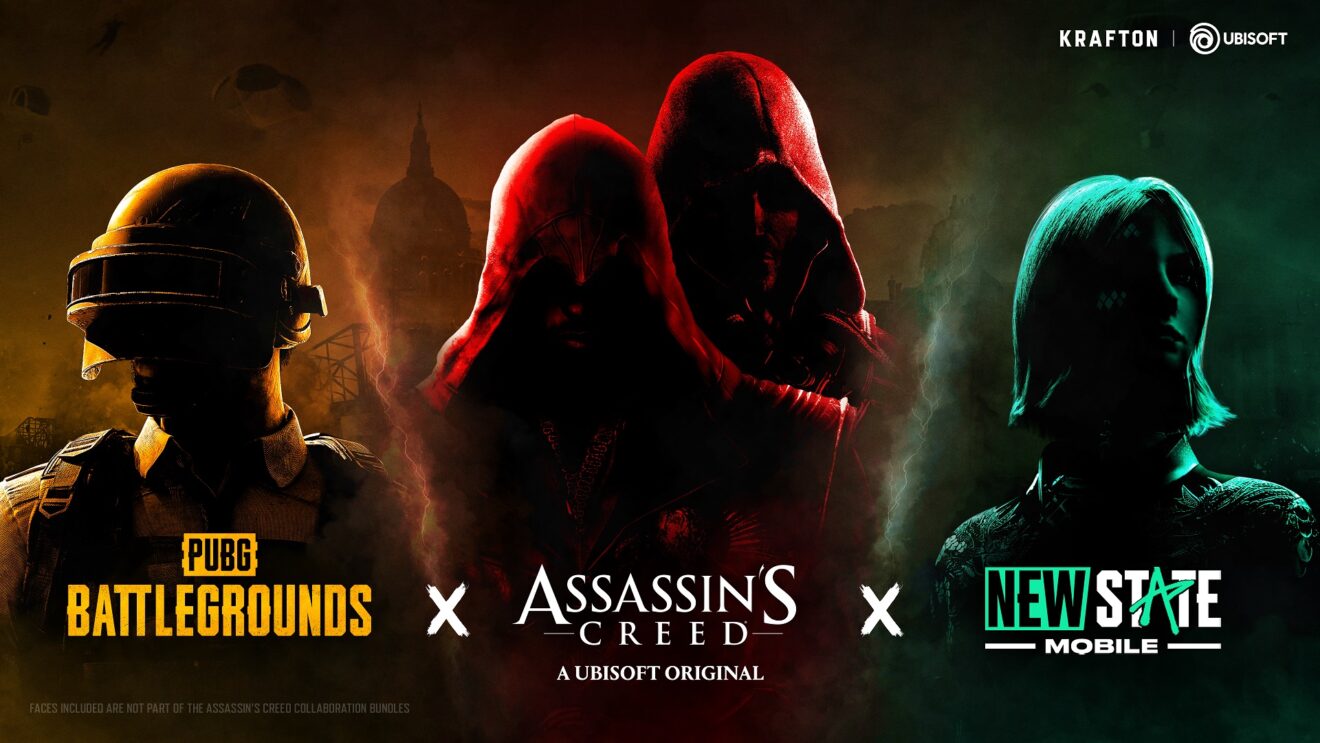 The worlds of PUBG: Battlegrounds and Assassin’s Creed crossover in August

Krafton has announced a partnership with Ubisoft to bring the world of Assassin’s Creed to PUBG: Battlegrounds and New State Mobile.

Starting August 17th, PUBG: Battlegrounds players can acquire a number of themed cosmetics, including two costumes, two bag skins, and a parachute skin. There will also be an emote, gun charm, and two spray items available.

In addition to the cosmetics, Abstergo Industries is taking over the Haven map. One of the map’s main buildings will feature “a hidden Animus machine and strategically placed ‘Leap of Faith’ ledges on the building’s rooftop.”

The Assassin’s Creed crossover comes to a close on September 22nd.