The long-awaited Witcher 3 upgrade made me fall in love all over again.

I didn’t get to review The Witcher 3: Wild Hunt when it first launched in 2015, mostly because I didn’t work at EGM yet, but I think it’s safe to say that the game literally changed my life. Before I played The Witcher 3, I didn’t really play RPGs. For whatever reason, I was pretty myopic in only playing action games, shooters, and platformers. Once, I tried to get into Dragon Age, but that didn’t stick. Then I started watching my roommate play The Witcher 3, and it was unlike any RPG I’d ever seen before. The sword-swinging, white-haired badass on the screen wasn’t robotically queuing attacks; he was dodging, parrying, decapitating, and igniting his enemies. It was brutal, it was intense, and I loved it, so I started playing it.

I was hooked pretty early on during the “Devil in the Well” side quest found in White Orchard. To complete that contract, Geralt must investigate a wraith appearance and drive it away so that a farmer can get the water he needs to help his sick daughter heal from a serious illness. Over the course of this side quest, I gathered the herbs I needed to create specter oil. I learned how to use Yrden. I figuratively thumbed through the bestiary and planned the perfect time of day to attack. By meticulously preparing for the fight, and seeing my preparations actually bear fruit, I actually felt like a witcher, and that’s when I knew this was going to be one of the best games I’d ever play.

Over a hundred hours later, I beat The Witcher 3’s main campaign, having completed dozens of contracts, treasure hunts, and Gwent matches. From there, I wondered what other games could scratch a similar itch. My roommate, seeing how much I enjoyed the dark fantasy setting and the intense combat, then pointed me towards Dark Souls, and that quickly became another one of my favorite games of all time. FromSoftware’s series might have had a more dramatic impact on my current taste and reignited my passion for gaming, but I only got there because of The Witcher 3: Wild Hunt.

Now, six years later, CD Projekt Red is releasing its “next-gen upgrade” for the game on Xbox Series X/S, PlayStation 5, and PC, and I’m falling in love all over again.

Some of the upgrades are more obvious than others. Playing for about 10 hours on Series X, I was immediately struck with how good everything looks on my big 4K TV, but also with how good I already remember the game looking on my tiny HDTV when I played it on Xbox One. Since I wasn’t about to dredge out my old Xbox—which I don’t think even works anymore—and because I don’t even have that original TV anymore, it was pretty hard to compare the old and the new. As far as the 4K textures were concerned, I honestly couldn’t tell the difference, though vegetation and shrubbery definitely feels denser and more realistic. Considering how much time you spend in forests and fields in The Witcher 3, that does make a difference. Water, too, looks more natural, though the surface when diving underwater still sports that unnatural metallic sheen that plagued video game lakes and oceans at that time.

Where the upgrade feels most obvious is in its framerate. Even without Digital Foundry’s rigorous technical knowledge, it was clear that the 60 frames per second The Witcher 3 boasts in Performance Mode is silky smooth. Whether I’m riding Roach on the roads through White Orchard or slaying a nest’s worth of ghouls, the game feels great to play. Reacting to incoming attacks is easier, and inputs are more responsive. It’s just a better experience, and at least in White Orchard, I didn’t notice a single frame drop. I’ve heard that’s not the case in more populated regions like Oxenfurt and Novigrad, but I can’t personally attest to that. All I can say is that it’s almost worth revisiting the game just to see it in a higher frame rate, because it makes the entire experience more pleasant.

That’s partly why I barely played in Ray Tracing Mode. Dropping back down to 30 frames per second after luxuriating in Performance Mode, which is what the update defaults to on Series X, feels like a major downgrade. Sure, the lighting is more natural with ray tracing on, and water reflections look better, but not enough to compensate for the sluggish frame rate. It’s a tradeoff that’s become all too familiar two years into the current console generation, but it’s especially prevalent here, where the textures don’t look any better in the “quality mode.” Given how artistic and lush the lighting already was in the original version of the game, I had pretty much no qualms once again ignoring ray tracing on Series X. However, given how good Fortnite now looks after Unreal Engine updated to the 5.1 version, it has me salivating thinking about how good the new Witcher games—which CD Projekt is building in UE5—will look.

Beyond the new graphical settings, what really makes The Witcher 3 worth revisiting with the upgrade, whether you’re on current-gen consoles or not, are its many quality of life upgrades. Being able to run through fields picking up herbs without having to go into a separate menu is a literal game-changer, though I don’t feel like we should have had to wait until this update. The ability to “quick cast” signs makes combat feel more fluid and, somehow, more hectic, but in a good way, especially if you’re like me and constantly have to recast Quen. The ability to now slowly walk through towns doesn’t have much of an impact on gameplay, but if you’re seriously trying to immerse yourself in the world, not having Geralt at a constant trot definitely helps. There’s also a fully featured photo mode now, which was not something that felt so expected in games in 2015 but makes perfect sense for an epic adventure like The Witcher 3.

One aspect of the upgrade that I abhor is the new default camera. This brings the third-person perspective way closer to an over-the-shoulder view, and it’s just way too tight on Geralt. It looks cool on horseback, but makes navigating the world more difficult, especially because Roach’s controls somehow feel worse now—probably thanks to years of better horse gameplay in games like Red Dead Redemption 2 and Elden Ring. Walking through towns is fine, but in combat, the camera proves deadly. Trying to find ghouls and wolves in tall grass and bushes while you’re practically kissing Geralt on the cheek is impossible. Thankfully, CD Projekt Red gives the option to change the camera back to the original, and even lets you modulate that depending on whether you’re on horseback, exploring on foot, or in combat.

As good as the quality of life improvements are, and as good as Performance Mode feels, the best thing about The Witcher 3’s next-gen upgrade is that it simply gave me an excuse to play the game again. I’ve tried Cyberpunk 2077 a few times, and even after all the patches and fixes, I just couldn’t immerse myself in Night City like I could in the villages, towns, forests, and islands of the Continent. As I struggled to come to terms with Cyberpunk’s mission structure and map design, I really wondered if I misremembered just how good The Witcher 3 actually was.

Now I know that I haven’t. Even in 2022, The Witcher 3 feels more engaging than pretty much any game I’ve played this year with the exception of a handful of titles—most notably Pentiment and Elden Ring. Interestingly, they both have a fair bit in common with CD Projekt Red’s masterpiece. In the case of Pentiment, both games have intricately written mysteries, fully realized characters, and an acute sense of place. With Elden Ring, FromSoftware’s first foray into an “open field” design feels in some way like a Witcher homage, as Wild Hunt also rewards exploration and somehow doesn’t feel like a checklist simulator, despite the hundreds of question marks dotting the map. Fittingly, the next-gen upgrade actually lets you remove those marks from your map, so you can find everything on your own.

Even if the upgrade is underwhelming in some places, it’s hard to argue with the fact that it’s free for players who already own the game. Besides, the best thing about the upgrade is that it’s given me an excuse to go back and play The WItcher 3 again. As of writing these impressions, I’ve played the next-gen upgrade for a little over 10 hours, barely just leaving White Orchard and having my fateful meeting with Emperor Emhyr, and I already feel confident in saying that one of the best games of all time has just gotten better. As Game of the Year awards start flying around, the arrival of this upgrade shows both how far gaming has come, and how few games have actually managed to capture my imagination and attention like The Witcher 3. There’s just nothing like it, and I can’t wait to put another 100 hours into it. 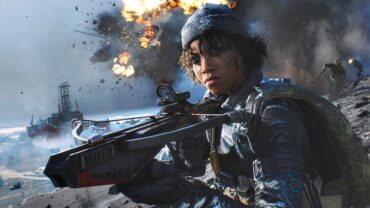 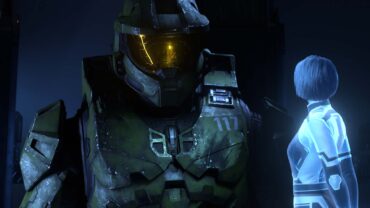 343 Industries denies report that it's off Halo [Updated]