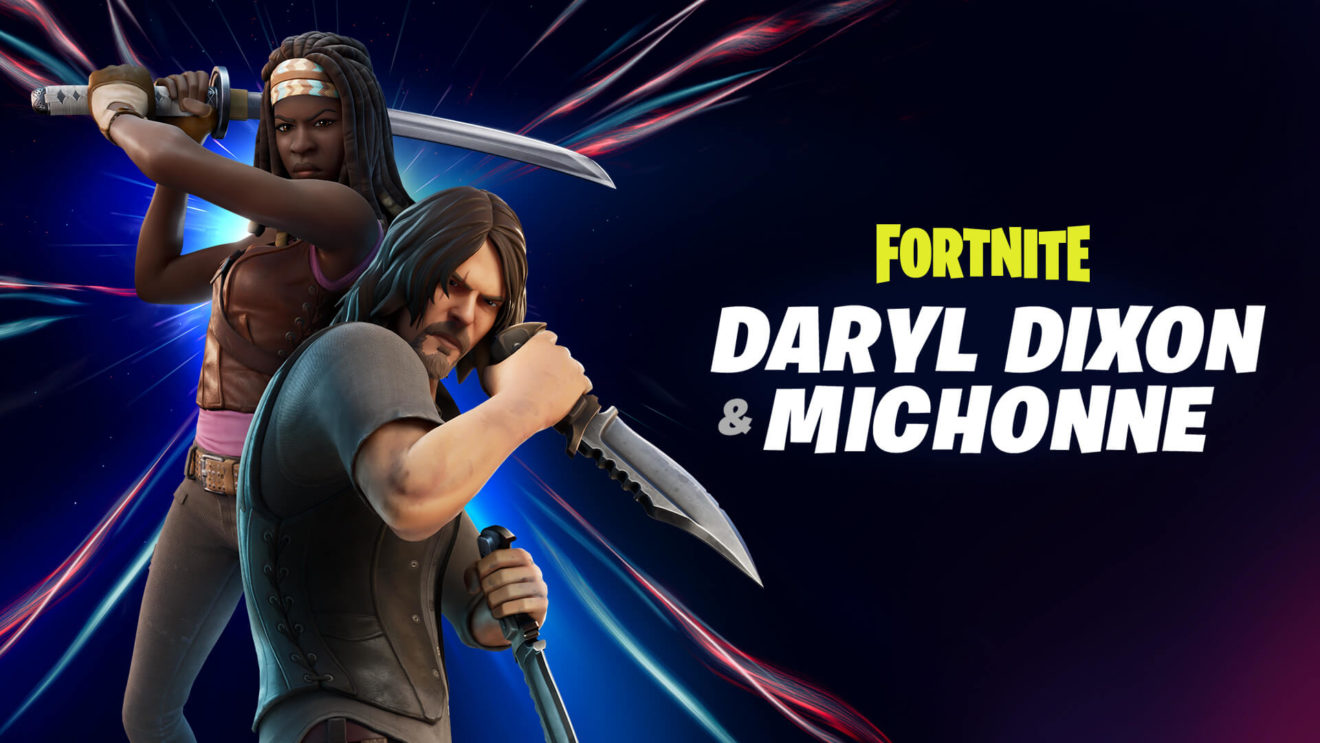 The Walking Dead’s Daryl and Michonne arrive in Fortnite

Skins for Daryl Dixon and Michonne from The Walking Dead are now available from Fortnite’s in-game store, Epic Games has announced.

From today, players can pick up Michonne with her Katana, which can be used as a Back Bling and pickaxe, or Daryl and his Hunting Quiver Back Bling and Daryl’s Knife pickaxe for 1,800 V-Bucks each. Both skins also have a variant style: Desperado Daryl and Cloaked Michonne.

In addition to the above, a bundle is available for 2,500 V-Bucks that includes Daryl and Michonne, the Katana, the Hunting Quiver, and Daryl’s Knife.

Epic Games has previously brought Kratos from God of War and Master Chief from Halo to the game as part of Season 5. Who’s next?