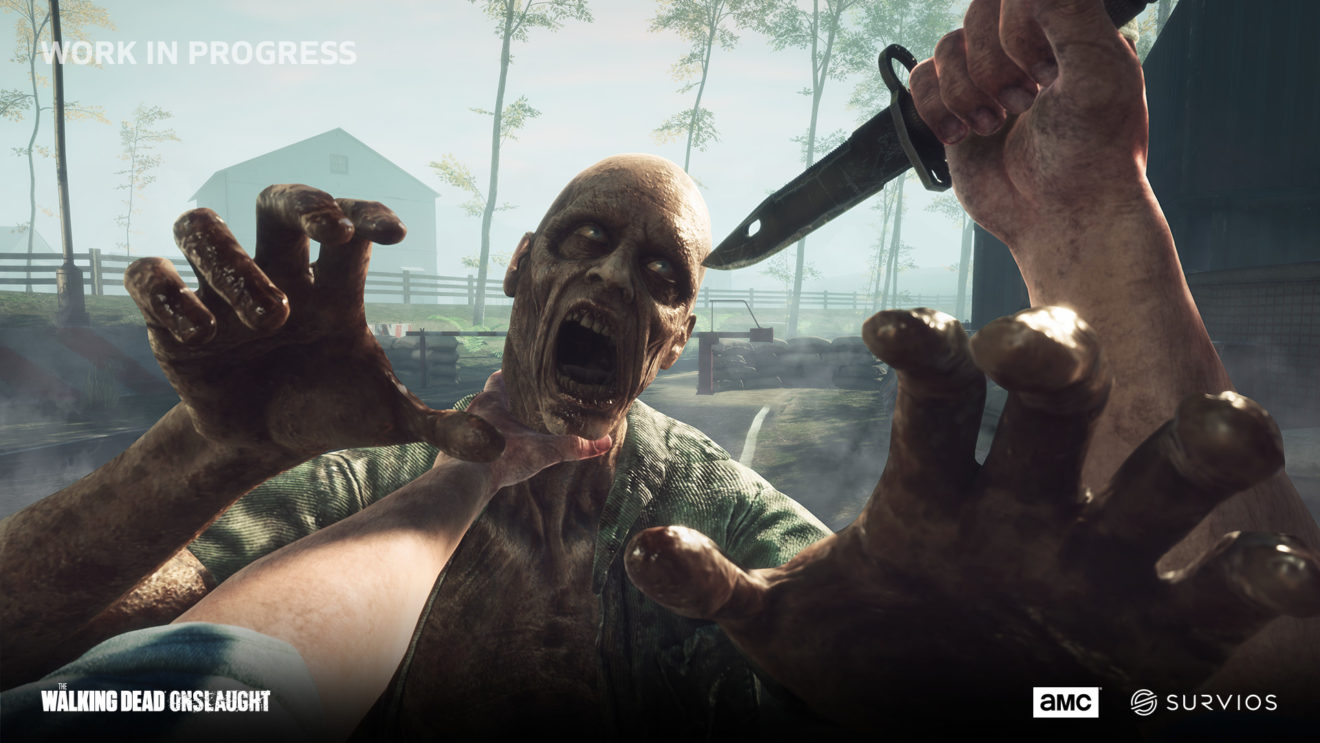 Survios Inc. and AMC have announced that VR game The Walking Dead Onslaught will be coming to PlayStation 4 and PC on September 29th, 2020.

The upcoming game is set shortly after the Savior War in Alexandria and will place players in the shoes of Daryl Dixon during its campaign. There’s also a Scavenger Mode that lets players go on supply runs as Rick, Daryl, Michonne, and Carol, and take on hordes of walkers as they search for resources.

Survios also announced a Digital Deluxe Edition of the game that includes The Walking Dead Onslaught Mini-Soundtrack, an art book, the Alexandria Crafting Starter Kit, and the Iconic Show Weapons Pack, which contains Lucille, Rick’s Mace, The Red Machete, and Tyreese’s Hammer. In addition, all preorders will come with the Sheriff Rick and Hunter Daryl character skin and the Gold Katana and Gold Knuckle Knife weapon skins.