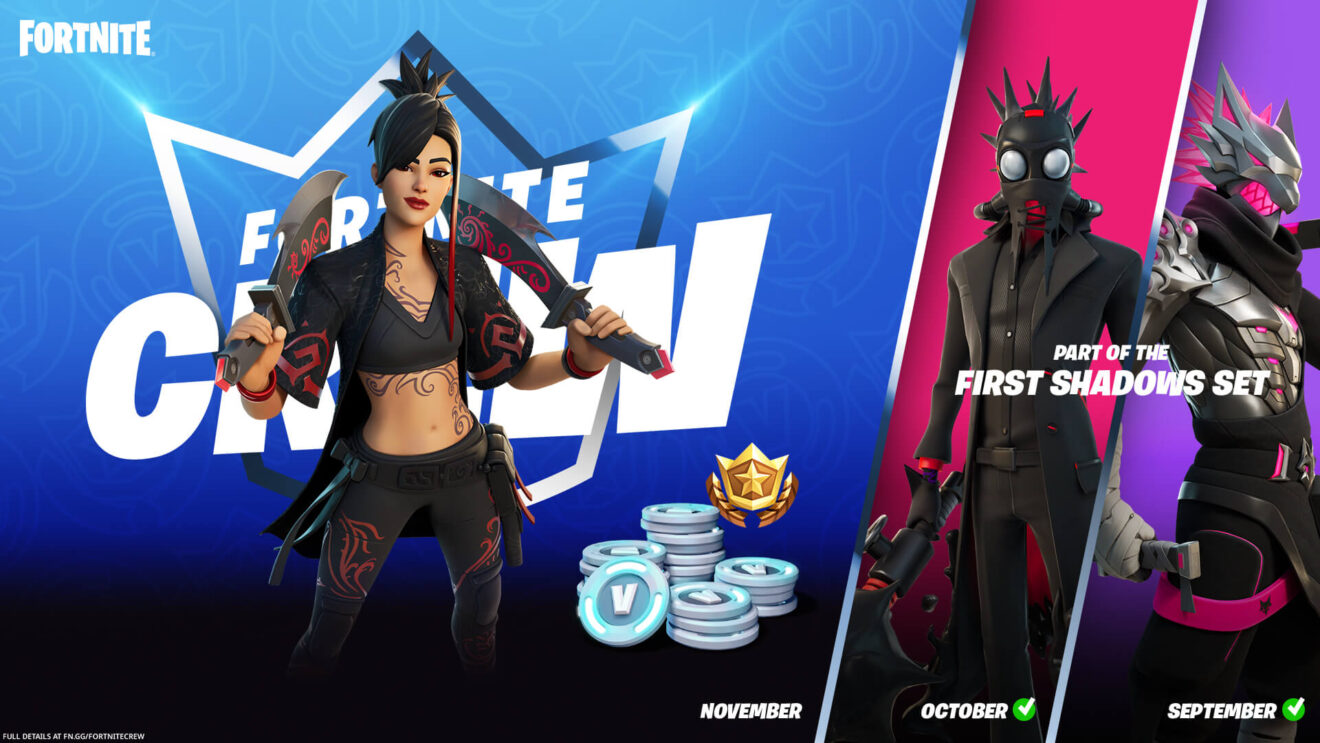 The third of The First Shadows arrives in Fortnite next month

Fortnite Crew members are getting Sierra, the third member of The First Shadows, as part of the next Crew Pack, Epic Games has revealed.

As previously announced, players who have stayed subscribed to Fortnite Crew and have all three of The First Shadow Outfits will receive a bonus style for each with the release of the 18.40 update.

Players also still have a few more days to grab October’s Crew Pack, which contains the Chaos Origins Outfit, Siphon Pack Back Bling, Mutagen Mace Pickaxe, World Dominator Wrap, and A Touch of Chaos Loading Screen. These items are in addition to the usual 1,000 V-Bucks monthly stipend and access to the latest Battle Pass.