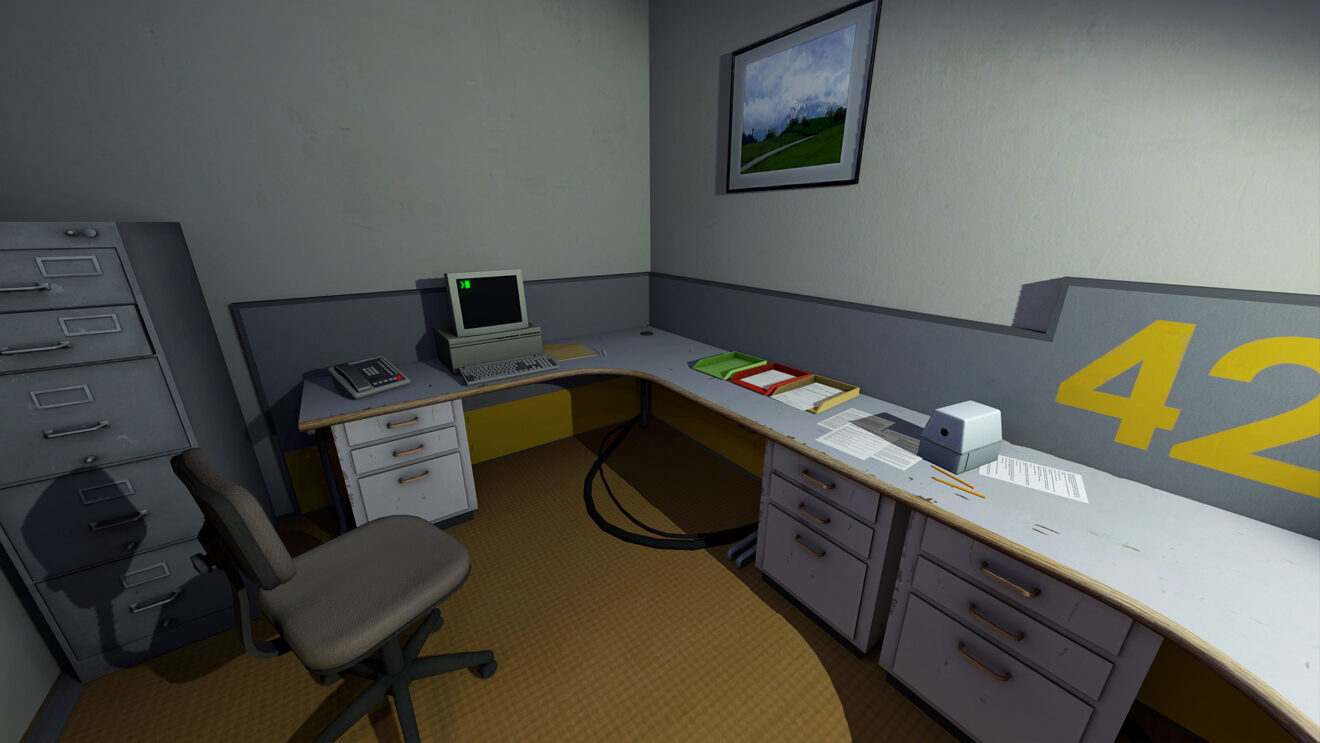 The game follows the story of Stanley, an office worker who discovers that all of the co-workers in his office have mysteriously disappeared. After making this discovery, Stanley sets off to find out where they are and why they have gone.

“You will play as Stanley, and you will not play as Stanley,” the game’s description adds. “You will make a choice, and you will have your choices taken from you. The game will end, the game will never end. Contradiction follows contradiction, the rules of how games should work are broken, then broken again. You are not here to win. The Stanley Parable is a game that plays you.”

The Ultra Deluxe contains everything found in the original release as well as new content, choices, and secrets. There are also visual upgrades and new accessibility features, such as “localization of in-world text, colorblind options, and content warnings.”