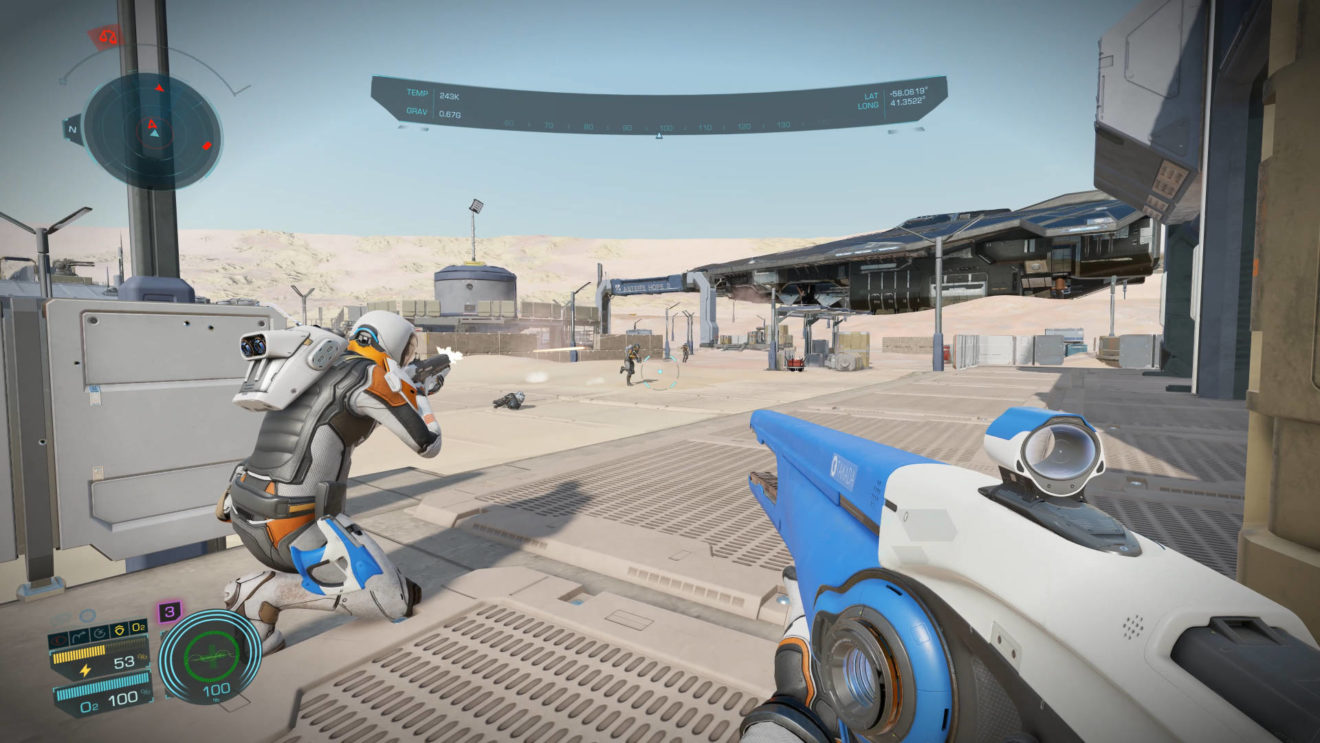 Frontier Developments has expanded the alpha for Elite Dangerous: Odyssey with the introduction of Conflict Zones.

In this second phase, settlements that have entered the war background state can become Conflict Zones and players can choose to take part in the battle by visiting Frontline Solutions. After signing up for either side, players can jump in their ship and go to the planet or take the dropship to enter the battle.

Once at the settlement, players enter a 12v12 fight for control, with each side being made up of actual players and AI. Victory is achieved by depleting the enemy reinforcements through killing enemies or capturing areas. Defeating enemies and winning Conflict Zones will reward Combat Bonds that can be traded for Credits.

Elite Dangerous: Odyssey is set to release for PC in spring 2021, with an Xbox One and PlayStation 4 release scheduled for fall 2021.