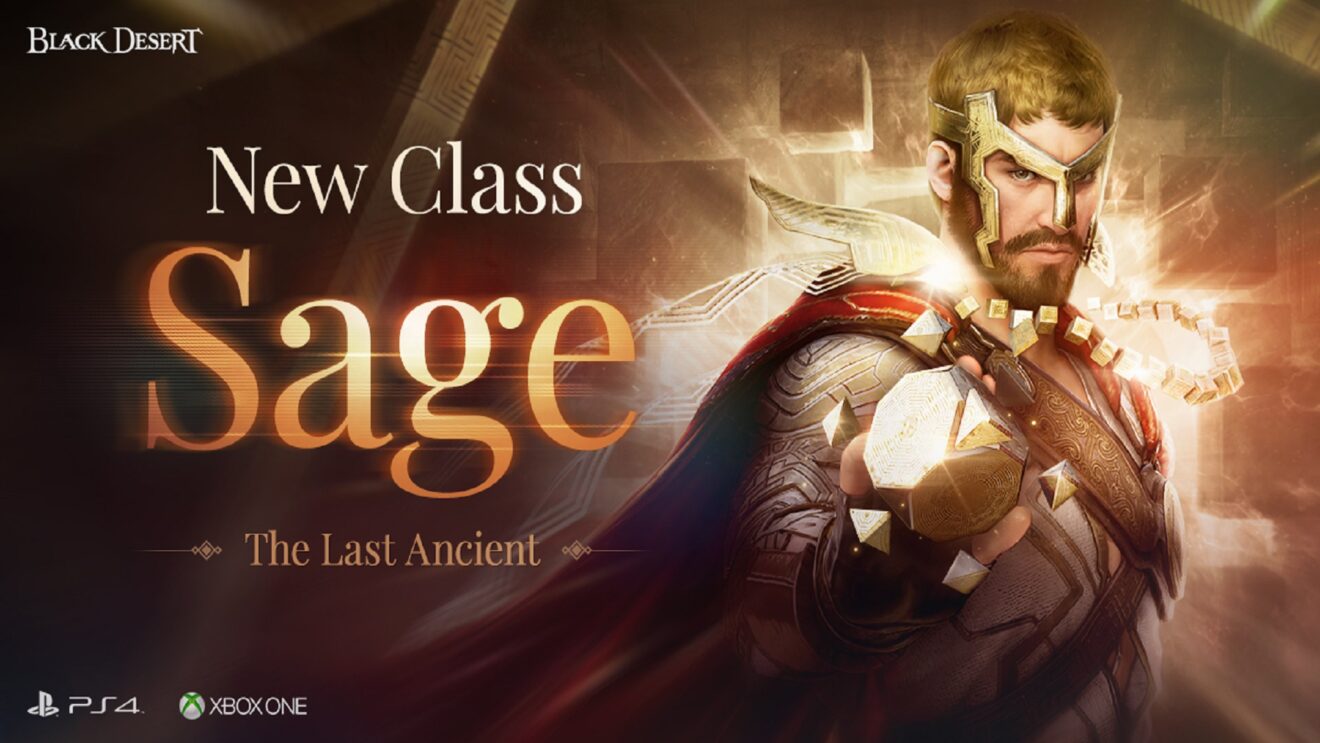 Black Desert players on Xbox and PlayStation now have access to the Sage class, Pearl Abyss has announced.

“Sage, a scholarly denizen of an ancient civilization, was the first person to discover the Black Spirit as it hurtled through space toward the earth,” the class’ description reads. “To prepare and protect the world, Sage built an ancient weapon research facility: Atoraxxion. With 49 years until the Black Spirit comet crashed to earth, Sage sealed himself away to face the force in his prime.”

The caster-type class uses the cube-shaped ancient weapon Kyve and can open rifts in space to summon powerful magic forces. Additionally, the Sage can access Hysteria Ruins and Aakman Temple without entry items.

Console players can also earn some rewards for a limited time to celebrate the release of the Sage. First up, players can complete a series of quests designed for the Sage to get a 7 days value package, Eyes of the Wise, Atoraxxion Chandelier, and Trainer’s Flute. There are also Cron Stones, Advice of Valks, Gold Bars, Artisan Memory, Laila’s Petal, and Shakatu’s Rare Chest on offer for players who get the Sage to level 62 before April 28th.

Black Desert is available now on PlayStation 4 and Xbox One.