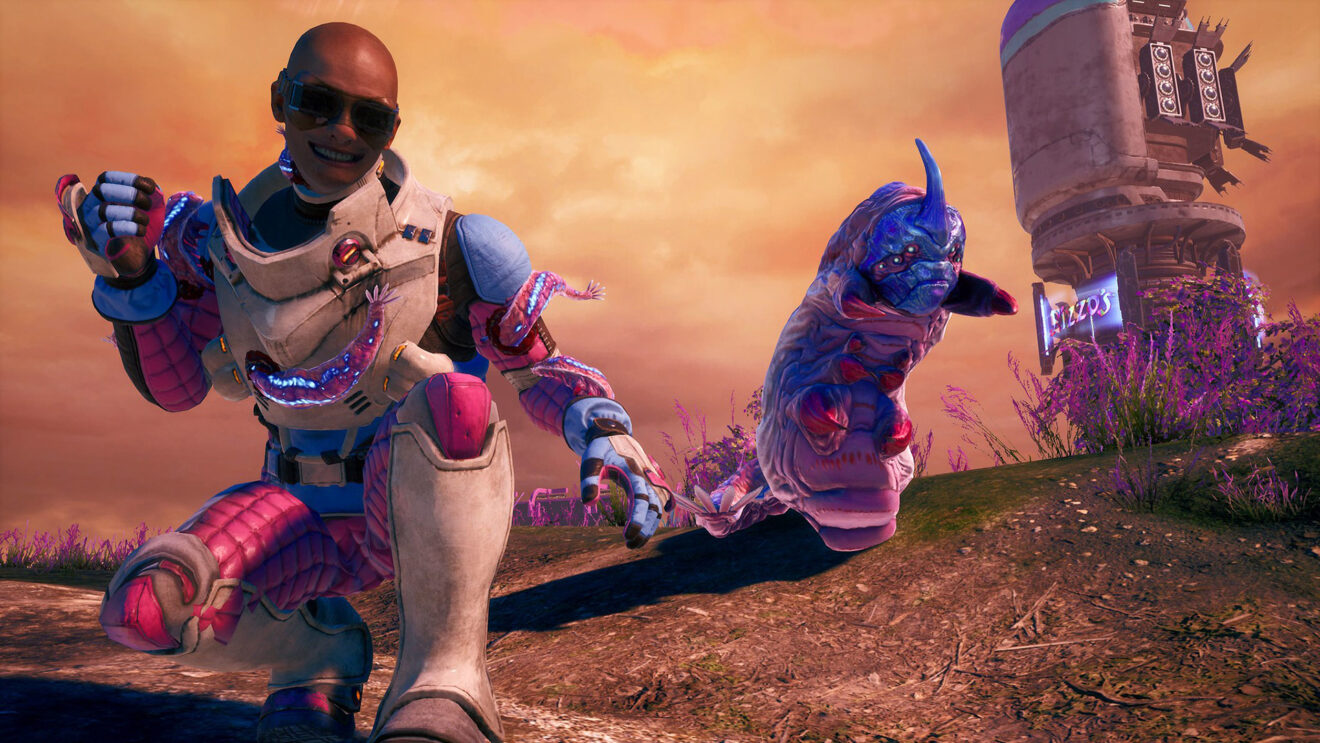 Obsidian Entertainment and Private Division have finally pulled back the curtain on Murder on Eridanos, the second and final expansion for The Outer Worlds. Better yet, they also confirmed that it’ll be out soon—next week, in fact.

The setting for this expansion is the gas giant Eridanos—specifically what Obsidian calls “a luxury tourist destination run by the Rizzo corporation.” The locale is a set of floating islands in the planet’s upper atmosphere, drifting through an “ever-constant storm.”

You’ll be attempting to solve the murder of actress Halcyon Helen, one of the biggest movie stars in the colonies. According to Obsidian, “murder is just the beginning of what you will find. You will have to interrogate witnesses, learn about potential alibis, and argue who you believe is responsible. This also leads to some entertaining outcomes as it is up to you to decide what to do.”

Check out the newly released opening cinematic for a quick primer:

The level of narrative freedom within the expansion means you’ll have quite a bit of latitude in how you choose to resolve the case. You can falsely accuse an innocent person, or even try to convince people that you’re the murderer, and the game will react accordingly. It sounds like a neat take on a playable murder mystery without any real precedent. Usually, it’s just a matter of solving the case or not.

Murder on Eridanos will also introduce a new tool called the Discrepancy Amplifier, which reveals clues in your surroundings, complete with “humorous analysis.” The information you gather with it will also open up new options within quests.

You’ll also have access to new perks and flaws, science weapons, armor, and side quests as part of the expansion.

The Outer Worlds: Murder on Eridanos launches on PlayStation 4, Xbox One, and Windows PC on March 17th. No word yet on when it’ll arrive for the Nintendo Switch version of the game.