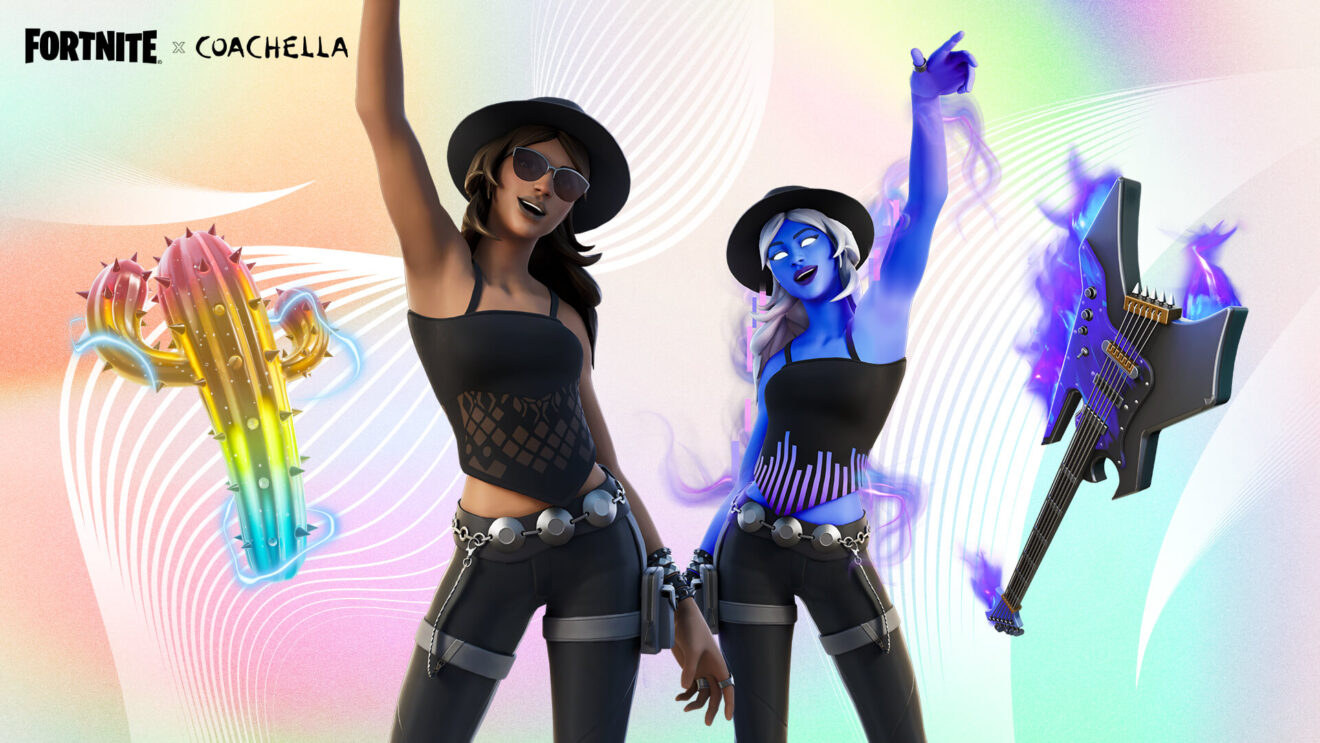 The music and fashion of Coachella comes to Fortnite

The latest crossover for Fortnite is with the Coachella Valley Music and Arts Festival, Epic Games has announced.

From now through May 16th, players can tune in to Icon Radio in any vehicle to listen to songs from over 30 artists who will be featured at this year’s Coachella.

In addition, the first wave of Coachella-themed cosmetics is dropping today, April 14th. Players can head to the Item Shop and pick up the Wilder Outfit, which includes the Finfin Back Bling, as well as Neon Biter Pickaxe and Finfin Flair Wrap. The Lyric Outfit (includes the Swaguaro Back Bling) and Festival Shredder Pickaxe will also be available.

All of the above items will be included in the Rocking at Coachella Bundle at a discount.

Then, on April 21st, the second wave of items will drop, including the Alto (includes Sonic Vibes Back Bling) and Poet (includes Cosmonautic Helmet Back Bling) Outfits, Softest Electropalm Pickaxe, Cactical Crusher Pickaxe, and Mainstage Wrap. These items will be available individually or as part of the Dancing at Coachella Bundle along with the Enter the Coachellaverse Loading Screen.