The dies that bind

Gameplay gimmicks have long been a staple of the horror genre, either as a way to add something new to the experience, or to help hide that the game they exist in aren’t all that interesting otherwise. Just off the top of my head, there’s the hide-and-seek system of Clock Tower 3, Fatal Frame’s photography-based combat, Rule of Rose and Haunting Ground’s dog companions, and even the original Silent Hill’s switching between multiple realities.

It’s that last gimmick—and heck, franchise as a whole—that helped inspire Bloober Team’s The Medium. If you’ve seen anything about the game at any point in the last few years, you should at least know a little about how it lets players explore both the human world and the spirit world—sometimes at the exact same time. The concept sits upon the shoulders of protagonist Marianne, a woman who has the power to not only travel between those two realities, but also to put to rest any lost souls she finds on the other side. At the point that we meet her, visions of a murdered young girl plague Marianne, and a seemingly random phone call promises to give her answers about that vision—and why she has her powers in the first place.

The Medium’s split realities manifest in a variety of ways. At times—much like in the Silent Hill series—the game forces Marianne to the other side, where the world becomes a twisted, horrific version of the location she was just at. At other times, the screen splits in two either horizontally or vertically, giving players the chance to interact with both worlds at the exact same time. Sometimes, these shifts happen strictly for narrative reasons, but in others, navigating both is crucial to solving a puzzle or discovering the truth of what’s taken place in that particular area.

Having seen discussion on the internet leading up to the game’s release, I know opinions have been mixed on The Medium’s core mechanic. I wasn’t totally sure myself how it would all work out before playing the game, but now that I have, I can tell you that I think it ended up being a fantastic idea. While it isn’t always used to its full potential—and we’ll definitely be talking more about wasted potential in a moment—it adds something special and game-changing to the experience. There was only once or twice when having to juggle the two worlds at once annoyed me; otherwise, every other encounter with the mechanic felt purposeful and enjoyable. As someone who has suffered through plenty of bad horror gimmicks, I genuinely like what Bloober Team has come up with here, and think it’s an idea the studio should explore more in future games—even if that does go against my belief that most games don’t need sequels. Travelling between the two dimensions feels great thanks to the speed of the Xbox Series X’s SSD, as there was never a hint of load times throughout those transitions. The Medium as a concept originally started around 2012, and I can’t imagine how tainted everything would have been if we’d have had to sit through the load times of previous generations.

Wondering what The Medium might have been like in its earlier incarnations led me to also question how developmental changes over the years could have affected what we’ve now received. The Medium is a good game—but it also feels like an incomplete one. Along with the shifting realities, numerous other gameplay mechanics are also introduced, from Marianne’s spirit abilities, to being able to have out-of-body experiences, to reconstructing memories from the past, to even the way that what players do in one reality can cause changes in the other. At the same time, The Medium also introduces various story ideas that it has trouble building upon, from the characters we meet, to historical events that have shaped the present, to even the “character” of the location itself, the abandoned communist resort the Hotel Niwa. In pretty much every single one of those things I’ve listed, something seems unfinished, or under-realized, or not used to its full potential.

Now, I want to be clear: For most of its runtime, all that wasted possibility doesn’t do real damage to the overall experience. Rather, as I played through The Medium, I would find moment after moment that seemed to hint at a bigger, longer, and potentially better game that either could have existed, or which maybe once did exist. This is a situation that’s common not just for a lot of mid-tier horror games, but a lot of mid-tier games period. So, your appreciation for The Medium may come in part from how friendly you are to those kinds of games—the ones that are so often daring, and creative, but also kinda janky, and obviously lower budget.

Much more than that, The Medium has another thing working against it: I think at least some segment of players are going to find it utterly boring. While this is far from a “walking simulator” (though one of its Achievements makes a joke to that nature), it’s also not a Resident Evil 2 where you’re fighting strange monstrosities, nor an Outlast where you’re running and hiding from foes. The Medium, for a surprising amount of the time, is far more subdued, giving players the chance to actually take in the atmosphere, explore the locations, and scare themselves with anticipation of what might be around the next corner. I’ve played numerous horror games, such as the aforementioned Rule of Rose and Silent Hill: Shattered Memories, that I believe would have been noticeably better games by either reducing the amount of enemies there were to fight or run away from, or removing those kinds of threats completely. So, I’m glad that Bloober Team felt confident enough to avoid such pitfalls.

Exploring The Medium’s world, learning more about its characters, and delving deeper in the secrets of Hotel Niwa just isn’t going to be enough for some players, but boy was it right up my alley. Though the game’s final location felt like a huge drop off, a good chunk of this world was beautiful in its design. When the story hits its stride, there are some great character moments, and I ended the game caring more about its cast than I thought I would. I also appreciate how heavily connected the game is to Polish developer Bloober Team’s home country. Even if I couldn’t understand every reference, I wish more horror games would embrace their teams’ heritage rather than centering around some “random city in America.” Although, while I’m giving the game praise in this area, let me also call out some of its flaws. The Medium has way too many examples of the “rule of threes,” to the point that I was predicting what would happen next in a number of situations. The story teases that things are coming to a close when they aren’t too many times for my liking, and there’s one location that feels like it exists simply to beef up the game’s length.

Now, there are things that threaten Marianne’s life in The Medium, but even when they do appear, the dev team showed an incredible amount of restraint. The game features a creature that is the manifestation of all of my biggest pet peeves from the horror genre, as it constantly pursues you, and forces you into stealth segments in a non-stealth game, and cannot be killed, and is almost always invisible. The first time I ran into it, I dreaded playing through the rest of the game. And yet, it was almost always used in the right way, sticking around just long enough to be scary without becoming annoying, and at times introducing other types of gameplay beyond stealth.

Finally, there’s a few random things that I’d like to mention about The Medium that I have no smooth way of injecting into any other part of this review—so let me have this one messy paragraph. The game features an auto-save system, and I absolutely hate it. There’s no way to save manually, nor is there a way to consistently know what’s going to trigger an auto save, so it’s easy to get stuck at a point where you can’t quit out of fear of losing progress. There was one point where my game hadn’t saved for 21 minutes—and that’s unacceptable. On the other side, Bloober Team has built a robust subtitle system into The Medium that’s a huge help no matter your accessibility level. Players can resize subtitles, give them backgrounds, adorn them with speaker names, and even color-code them for different speakers. Finally, I expected to have more to say about the game’s soundtrack, given it features tracks from the god of horror music, Akira Yamaoka. But, I realized near the end that almost none of the music was even really registering with me, outside of the few Silent Hill-y tracks featuring the vocals of series stample Melissa Williamson (aka Mary Elizabeth McGlynn).

Having played more than my share of good, bad, and in-between horror games, I can safely say The Medium is a good—if flawed—new addition to the genre. While they didn’t accomplish everything they set out to do, the folks at Bloober Team have come up with some interesting and unique ideas that are ripe for exploring more in the future. As for this first chapter, it reminds me in a lot of ways of The Evil Within 2—a game that had similar problems and missed opportunities, but which ended up standing out more and more as time went on. I still don’t know how the world is going to accept The Medium, or if its strength will show more in the months and years ahead, but I can’t wait to find the answers. 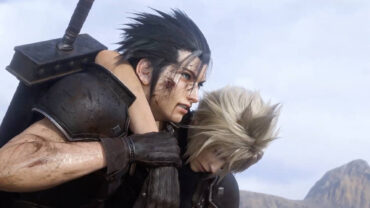