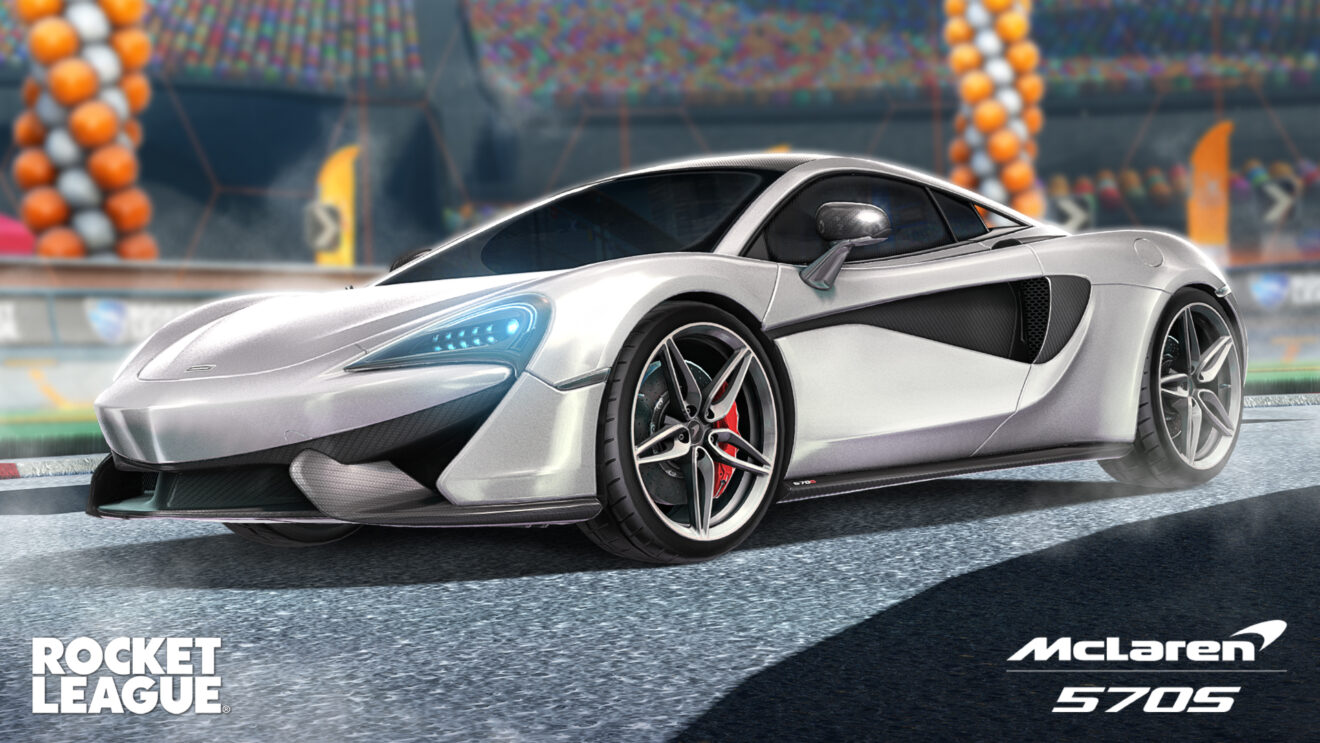 Psyonix has announced that the McLaren 570S Battle-Car will be returning to Rocket League later today for a limited time.

Players who missed the car the first time will be able to pick up the new McLaren 570S Pack, which contains the McLaren 570S with a Dominus hitbox, a silver-painted decal, unique engine audio, two sets of wheels (normal and silver), and three McLaren-themed player banners. The pack will be available from the in-game store for 2,000 Credits.

The developer notes that the items in these packs “can only be equipped by the McLaren 570S” and that “the McLaren 570S cannot be customized with all item types.”

In addition to the above, all players can visit the in-game store starting today and claim a free McLaren Avatar Border.

The McLaren 570S Pack, McLaren 570S Upgrade Pack, and the free Avatar Border will be available until June 2nd.