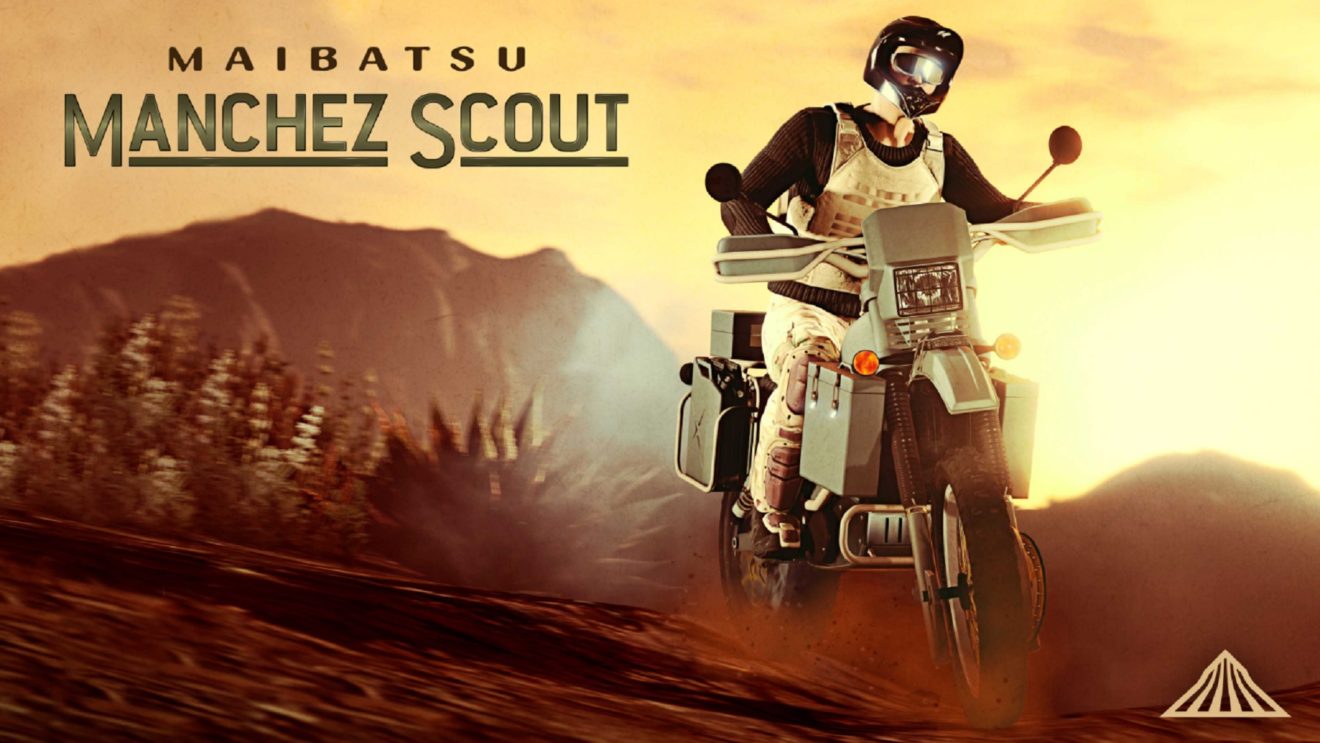 The Maibatsu Manchez Scout is now available in GTA Online

First up is the addition of the Maibatsu Manchez Scount, which, according to Rockstar, “was built to maneuver the muddiest trails on Earth, but it’s also a damn fine answer to a question as old as time: ‘How’re you gonna jump that?’” The vehicle is available now from Warstock Cache and Carry.

Players can also get double GTA$ and RP in Survival and an extra GTA$100,000 for collecting both treasure chests from Cayo Perico in a single day this week.

In addition to the above, Rockstar is gifting all players who jump into GTA Online before January 20th the Shark Livery for the Pegassi Toreador.