I’ll always associate The Legend of Zelda: Link’s Awakening with long car rides. My family moved fairly often when I was a kid—between the ages of six and 10, I’d been a student in five different schools—until we eventually landed in a suburb of Cleveland. That meant that, every six months or so, we’d make the 7-hour trip down I-80 East to visit family in New Jersey, and every six months or so I’d replay either Super Mario Land 2: Six Golden Coins or Link’s Awakening. We recently published Cian Maher’s article about Persona 5 and liminal states, and there’s nothing more liminal than being a kid trapped in the backseat of a minivan, stuck on a seemingly endless journey between Ohio and the Garden State, hurtling through space and time inside a tin can.

It wasn’t until I played Nintendo and Grezzo’s remake of Link’s Awakening for the Switch over two decades later that I realized how closely Link’s journey through Koholint Island mirrored my own trip to New Jersey and back. Link is very much in a liminal state on Koholint. As the eternal protector of Hyrule, the tunic’d warrior has no business serving as the hero on a strange island, and both hero and island know this. Throughout the game, Link is earning new tools, conquering dungeons, and exploring new pathways, but he’s still surrounded on all sides by water. He’s making progress, but he’s going nowhere—trapped between worlds.

Nostalgia is a precious and dangerous force. Its source of power is the gooey center of pure joy that we once felt, usually as kids, and commercialism preys on that feeling without abandon. It’s the reason we’re getting new Star Wars every year, it’s the reason why Netflix produced Invader Zim and Rocko’s Modern Life movies, and it’s one of the reasons why, for a certain generation of gamer, Nintendo games are so damn irresistible.

Nintendo games generally go straight for our nostalgia bones with their familiar gameplay and iconic melodies, but 2019’s Link’s Awakening has that built into its core DNA. It’s basically a one-for-one remake of the Game Boy Color DX version, minus a pesky photographer. Almost every square inch of Koholint and its dungeons are laid out precisely as they were 26 years ago, right down to the enemies and where they spawn on any given screen. Kidoh and Joonya (okay, Nintendo) are exactly where you last found them, tossing a ball in front of the library, and the Witch is still grinding toadstools into magic powder in her prairie hut. There are a few small differences, like the fact that there are way more seashells to collect now (for better or worse) and one miniboss located in the Ancient Ruins that’s a little more finicky than he was in the original, requiring pixel-perfect precision to kill him, but for the most part dedicated fans of the game will be able to navigate the island blindfolded.

This strict adherence to the original is a double-edged sword. Fans of the Game Boy (or Game Boy Color) classic will appreciate the developer’s dedication in presenting the game as it is, but newcomers who’ve only really experienced 3D Zelda games (especially Breath of the Wild) or the more recent 2D Zeldas like Link Between Worlds or the duo of Spirit Tracks and Phantom Hourglass might find Koholint a bit claustrophobic. I’ve never actually measured this, but I’d hazard a guess that, given the Game Boy’s hardware limitations and how soon after that portable console’s release Link’s Awakening launched, the game’s map is probably the smallest in the series. It’s jam-packed, but it is small, and you’ll constantly be retreading your steps through its maze-like layout, at least early on in the game.

But, well, duh: That’s just Zelda games. When I was younger, Link’s Awakening—as with every Zelda game at the time—seemed like a grand adventure, with the player in the role as a rugged explorer on a quest. Now that I’m older, I’m starting to see that that’s not really what Zelda is, Wind Waker, Breath of the Wild and the original game being the exceptions. Now I’m starting to see that Zelda is the strangest puzzle game series ever made. Yes, I know the dungeons have always involved solving puzzles, but even getting to those dungeons has always been a puzzle. Zelda games—at least the 2D ones—are puzzle turduckens, and what makes them so fascinating (and occasionally frustrating) is that, at least the first time through, the games don’t lay all the pieces of the puzzle out on the table. Instead, you’re just reaching your arm into the box and groping blindly for a recognizable shape.

I don’t want to review a game that’s 26 years old, though. Do you like classic Zelda games? You do? Wonderful, because this is a good, strange one. I’ve said it before and I’ll say it again: The reason Nintendo games are so beloved is that you can play a good many of them in any year and they still seem mostly modern. At the very least, they’re still fun. The original Super Mario Bros. is just as fun to play today as it was three decades ago, and it will stay that way for at least another three decades. I believe you can say the same thing about most Zelda games, especially the 2D ones, and Link’s Awakening is a testament to that.

What I can review is what’s new, and the most obvious change to Link’s Awakening is its art style. My favorite thing about Nintendo, besides its adherence to the principle of fun, is the company’s inherent contradictions: Its games are both innovative and formulaic, visually rich and artistically conservative. They’ll turn Yoshi into a yarn baby, but they’ll still have him walking around, chucking eggs. They’ll digitally mold Kirby out of clay and turn him into a physics-based bowling ball, but then a few games later he’s back to sucking up enemies with his gaping pink maw. Link’s Awakening follows this trend, turning Link and Koholint’s inhabitants into miniatures, thanks to a cute, plasticky visual style and clever tilt-shift effect. Sometimes, especially in the dungeons, you lose that blurring around the edges, and it goes back to looking like a pretty standard Zelda game, albeit with the most adorable character models to ever appear in the series. But when Link is running around outside, scaling mountains and cutting his way through prairies and fields, the miniaturization is fully engaged, and it’s mesmerizing.

This visual language of miniaturization and plasticity isn’t just a cool effect, though. It creates a sense of unreality, distancing the player from the action by making them feel like they’re moving pieces around on a stage. Nintendo doesn’t want us to talk about the game’s plot details (which are, keep in mind, 26 years old by this point), but let’s just say that not everything is as it seems on Koholint Island, and the remake’s visual style communicates that much more clearly than the original’s. This is made even more starkly obvious by the game’s beautifully detailed animated sequences. They’re brief, but they’re impactful and make a pretty strong case for Nintendo giving cartoons another go, just as long as Link keeps his mouth shut.

The music also contributes to this surreal effect. Generally, Zelda games are either chiptuned or fully orchestrated. Link’s Awakening, meanwhile, utilizes a small ensemble for its main overworld theme that feels like it’s playing just for you. In some interiors and dungeons, there will be just one instrument playing, creating a stark, threatening contrast to the rest of the game’s audio. There’s something unsettling about these bombastic scores being played by only a handful of musicians, like you’re the last one off a sinking ship.

Where the remake really shines is in its multiple quality of life changes that take advantage of the fact that the Switch has way more buttons than what the Game Boy had. The simple ability to have two items equipped at any time instead of just one cuts back at least a little bit on the amount of time you’ll spend in the menus, especially for as often as you need to have the feather equipped to make small jumps. The shield is no longer an item you need to equip; instead, it’s attached to the R buttons, making blocking and deflecting attacks a more natural, active part of combat. Same goes for the Pegasus boots once you unlock those, which are attached to the L buttons. Even navigation is much more fluid, thanks to Breath of the Wild–style markers you can place on the map. These might sound like small changes, but they make the game feel much more fresh and modern in its execution, if not in its design.

The one new addition that barely registers are the Chamber Dungeons, which let you build your own dungeons out of rooms you’ve collected and play through them. This would be a cool feature if you could freely share these dungeons with other players, but that’s not how Nintendo rolls. Instead, you can download them to an amiibo, bring that amiibo to your friend’s house, and… watch them as they play through your dungeon, I guess. Chamber Dungeons seem like the perfect metaphor for Nintendo in general: Shoehorn an awesome new feature into a game that doesn’t really need it, then make it nearly impossible for the feature to realize its full potential by tying its implementation to some gimmick.

That Nintendo and Grezzo can inject these modern luxuries into a 26-year-old game without changing the core design or ruining the integrity of the puzzles speaks to how carefully laid out and planned everything was in the original. Until Breath of the Wild, Zelda games were tightly wound contraptions, and everything had its place within them.

That’s still painfully evident in Link’s Awakening, where freedom of movement almost acts as a burden. Marin, who rescues Link when he washes up on Koholint Island’s shores following a shipwreck, has been told her whole life that there’s nothing beyond the sea. “But I believe there must be something over there,” she tells Link. Like Marin, and like my younger self in the back of my family’s minivan, Link’s Awakening is also stuck between places. Nostalgia does weird things to our memories. We only take certain things away from our past when we remember something, and every time that memory changes. The past is never really real—it’s just a dream you can’t wake up from. 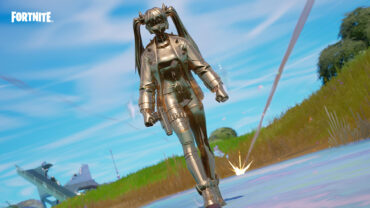