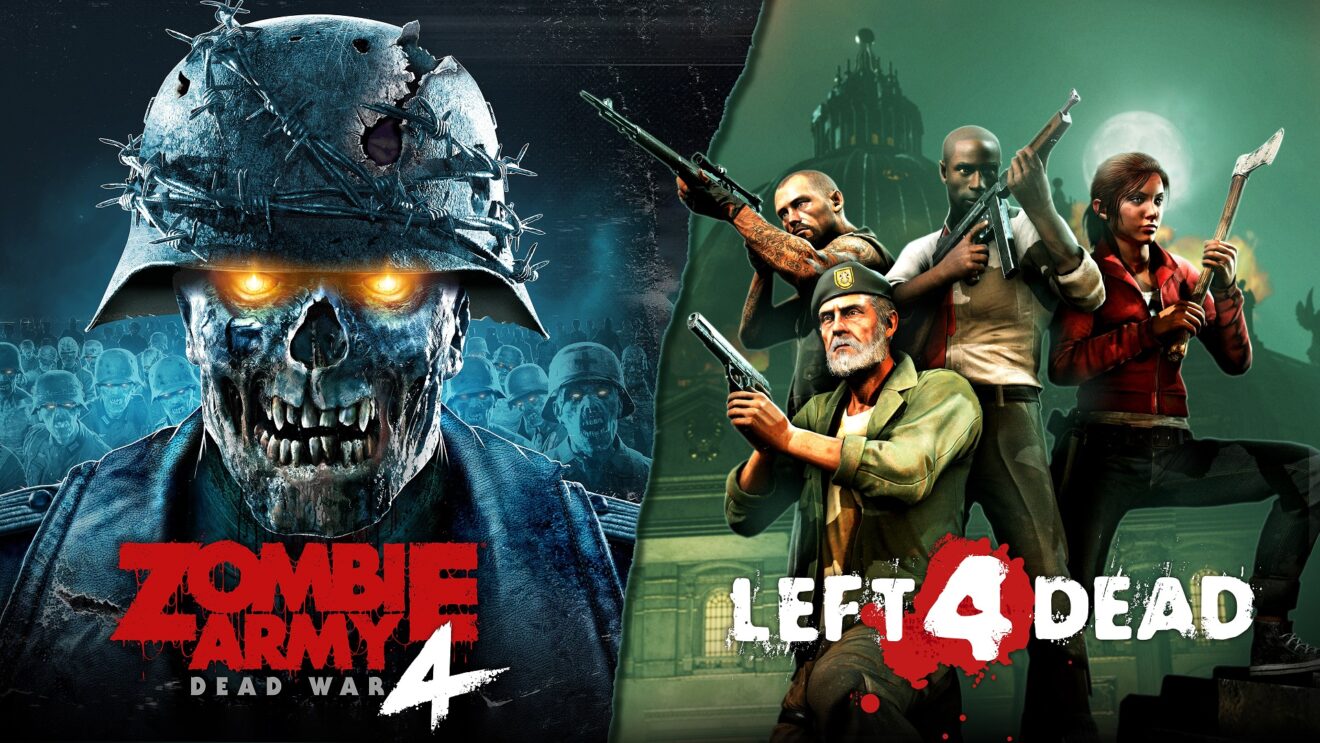 Zombie Army 4: Dead War is crossing over with Valve’s zombie shooter Left 4 Dead through some free DLC, Rebellion has announced.

Starting today, zombie slayers Bill, Francis, Louis, and Zoey are available as playable characters in Zombie Army 4. This DLC is free for all players.

There’s also some new content for owners of the Season Pass in the form of a new campaign mission titled Abaddon Asylum. This is the second mission in the Return to Hell mini-campaign and follows the team as they fight their way into the Asylum before taking down Baron Umbra.