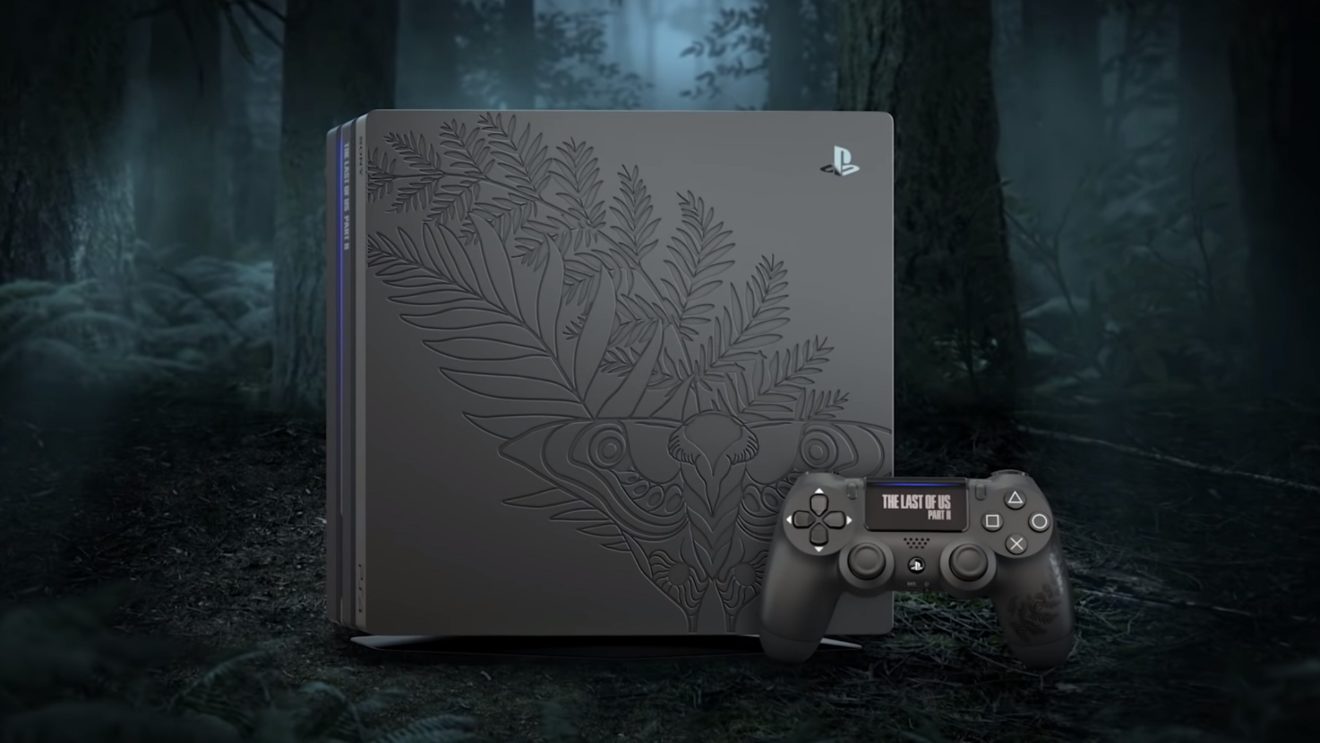 The Last of Us Part II PlayStation 4 Pro Bundle unveiled

Sony has unveiled a limited-edition PlayStation 4 Pro bundle for The Last of Us Part II.

The bundle will launch alongside the game next month and includes a matte finish PlayStation 4 Pro console engraved with Ellie’s tattoo design, a limited edition DualShock 4 controller, a physical copy of the game, and a number of digital bonuses. The bundle is available to preorder now for $399.99.

The Limited Edition DualShock 4 controller included in the PlayStation 4 Pro bundle is also available to purchase separately for $64.99.

“When the opportunity arose to create a custom PS4 Pro for The Last of Us Part II, I worked with our graphic designer at the time, Angel Garcia, and we considered a few different ideas, but we kept coming back to Ellie’s tattoo,” art director John Sweeney said in a message on the PlayStation Blog. “By that point, it had become a symbol of the game and for the community–much like the Firefly logo in the first game. It was the clear choice, but we wondered: what if it could be engraved? It hadn’t been done before, so we weren’t sure it was even possible, but thanks to the incredible efforts of the teams at PlayStation, we found a way.”

In addition to the bundle and controller, Sony announced a Limited Edition Gold Wireless Headset for $99.99 that features Ellie’s tattoo and the game logo, as well as a Limited Edition The Last of Us Part II 2 TB external hard drive for $89.99.

The Last of Us Part II launches June 19th for PlayStation 4.