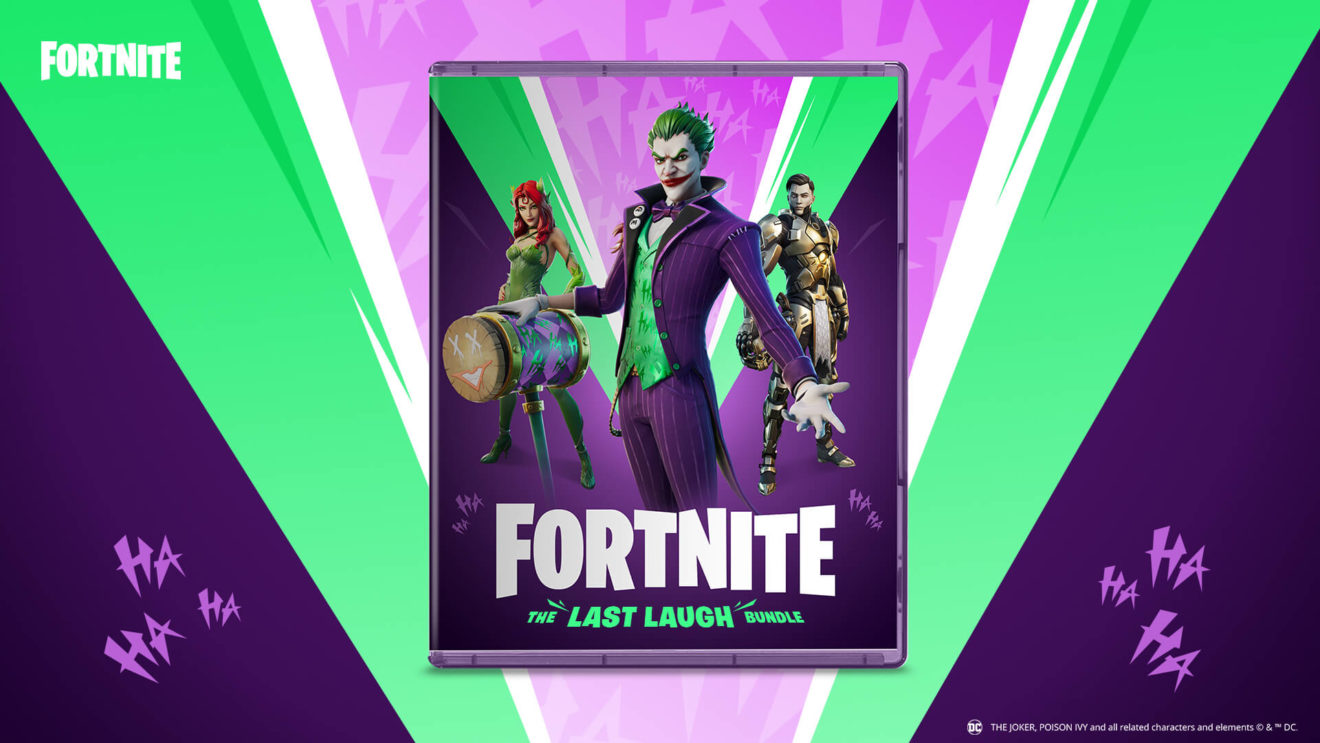 The Joker and Poison Ivy are coming to Fortnite

The bundle is priced at $24.99 and includes The Joker, Poison Ivy, and Midas Rex outfits, as well as 1,000 V-Bucks, three Back Blings, Four Pickaxes, and a new Contrail. A full list of everything included can be found below:

The Last Laugh Bundle will be available digitally and physically from November 17th for Xbox One, PlayStation 4, and Nintendo Switch, with Xbox Series X and PlayStation 5 retail versions also on the way.

“For players on mobile and PC platforms, we’ve got you covered,” Epic added. “We’ll share how you’ll be able to purchase the Fortnite: The Last Laugh Bundle soon.”