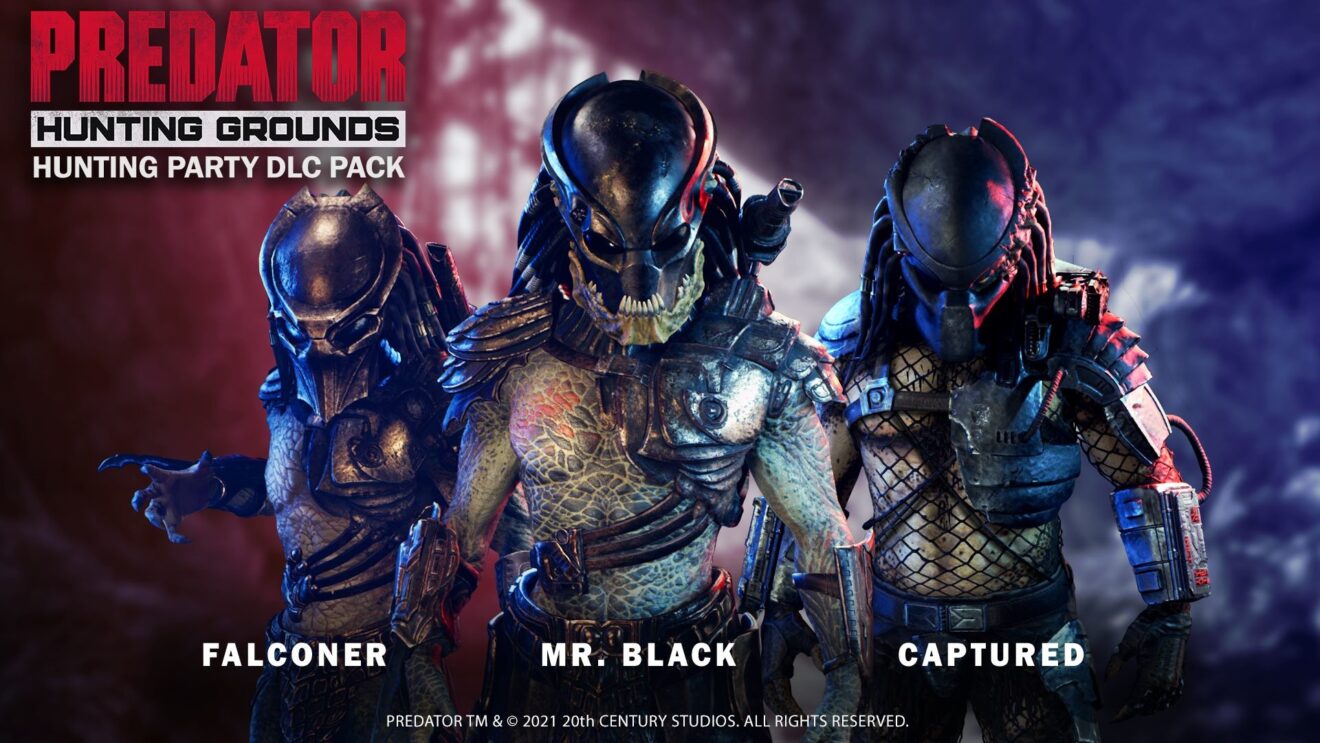 Predator: Hunting Grounds players can now add the Hunting Party to the game with the release of the latest DLC.

The first of these Predators is Mr. Black, who is known as a super, or berserker, Predator, and “was involved in the first known instance of Predator subspecies conflict,” according to IllFonic CEO Charles Brungardt. Joining Mr. Black is Falconer, another Super Predator who “employs unorthodox tactics and masterful reconnaissance on the hunt.”

The third and final member of the Hunting Party is the Captured Predator, “a prisoner and victim of the evident blood feud happening on the game reserve planet” who is “rumored to have belonged to the same clan as the original Jungle Hunter.”

IllFonic notes that the Falconer and Mr. Black Predators only include the bodies, as the masks have already been released in-game.

In addition to the DLC, a new update is now available for the game that unlocks the Exiled Predator’s hook weapon at level 95 and introduces new Predator Mask Scars cosmetics. Take a look at the full patch notes here.