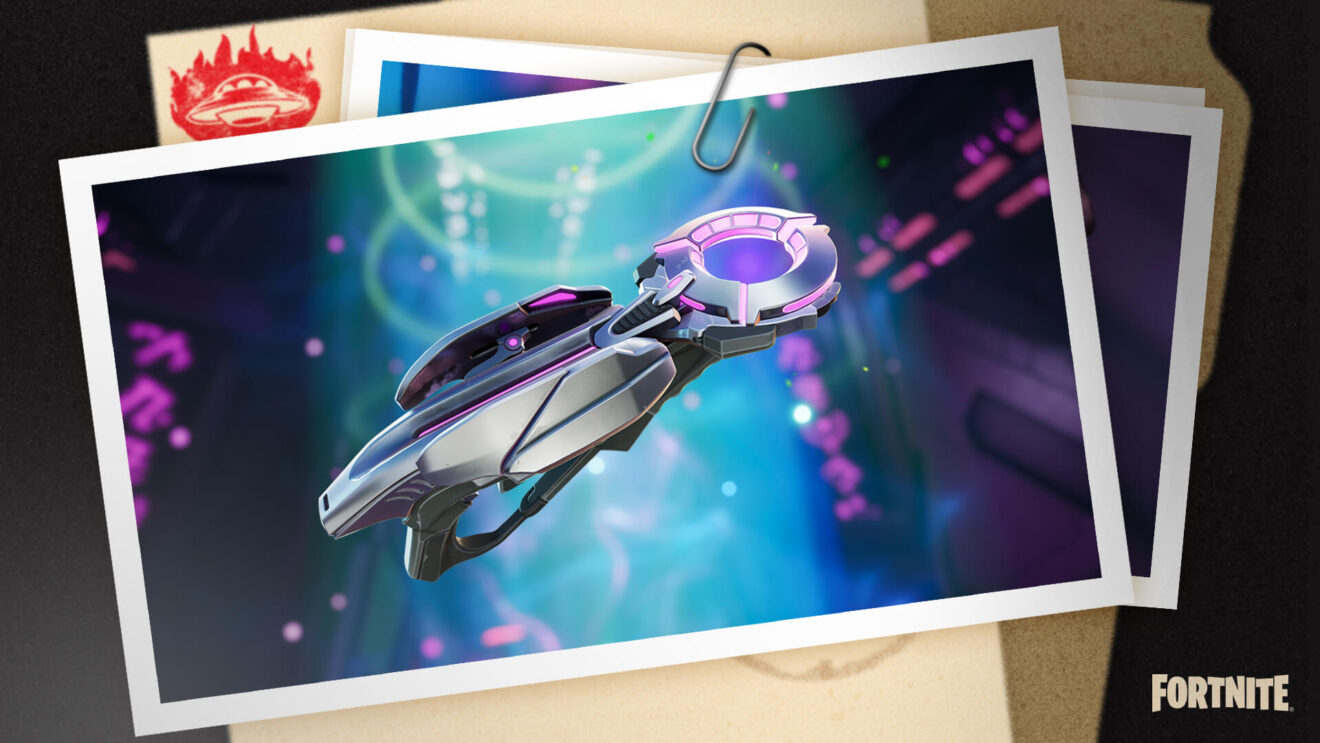 The Grab-itron arrives in Fortnite

The latest update for Fortnite has introduced the new Grab-itron weapon and made a change to Slurpy Swamp.

The game’s newest weapon is described as a “UFO in your hands” and can pull objects with its flying disc before launching them at an opponent. How much damage is done is based on the size of the object, what it is made of, and its launch speed.

Additionally, the Grab-itron can block damage from the front for a certain amount and can also catch incoming explosives and throw them back. Players can find the Grab-itron in chests, on top of Abductors, and inside the Mothership.

The aliens have also started abducting certain POIs with the release of this update. A giant tractor beam has appeared above Slurpy Swamp and has started lifting the area into the sky. Epic teases that the abduction will progress throughout the week.

Finally, players can take part in the new Team Brawl limited-time mode. Compete to be the first team to reach 60 eliminations in a small Storm Circle. When a player is defeated they will return to the fight by plummeting to the ground, instead of skydiving.