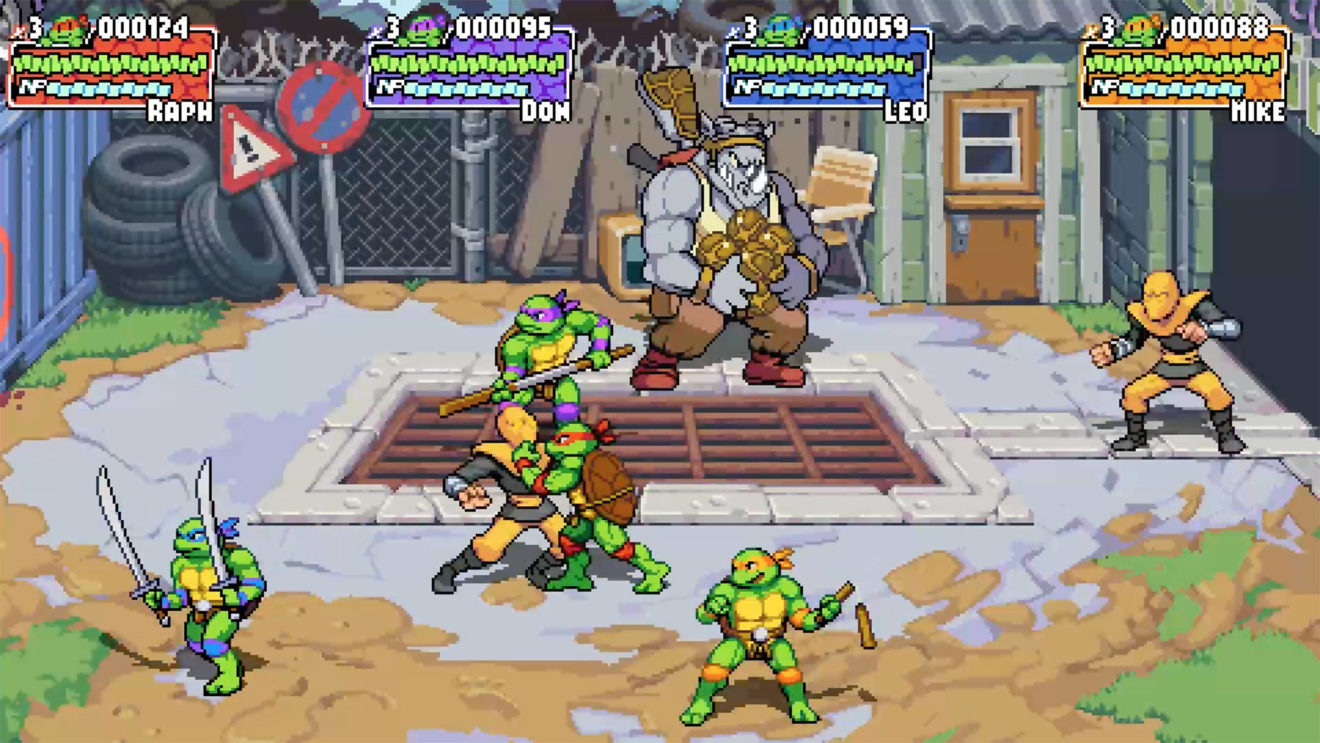 With beat ’em ups seeing a resurgence in recent years, the green kings of the genre are now returning to reclaim their throne.

In my youth, if you asked me to list the-all time great beat ’em ups, at least one of the Teenage Mutant Ninja Turtle games would be there in one of the top slots. While developer Konami had a number of popular offerings in the genre, it was the company’s TMNT titles that were far and away the fan favorites. From 1989’s original Teenage Mutant Ninja Turtles, to its follow-up Turtles in Time, to the numerous home ports and console sequels that spawned from them, getting four friends together to beat your way through enemy-infested stages was never so much fun.

Now, Dotemu and Tribute Games are working together with Nickelodeon to produce Teenage Mutant Ninja Turtles: Shredder’s Revenge, a new beat ’em up that takes inspiration from those classic titles while adding in some modern twists. If those names sound familiar to fans of the genre, they certain should, as some of Tribute’s staff worked on Scott Pilgrim vs. The World: The Game, and Dotemu created the phenomenal Streets of Rage 4.

“Teenage Mutant Ninja Turtles: Shredder’s Revenge reunites Leonardo, Raphael, Michelangelo, and Donatello to kick shell in a beautifully realized pixel art world invoking the turtles’ classic 1987 design,” reads the game’s announcement. “With Bebop and Rocksteady amassing gizmos to support Krang and Shredder’s latest scheme, Teenage Mutant Ninja Turtles: Shredder’s Revenge finds the turtles battling through a breathless tour of iconic TMNT locations to thwart their nemeses’ most diabolical plan yet. Armed with shell-shocking new abilities built on a foundation of classic brawling mechanics, the gang are in for an exhilarating, Foot Clan-stomping romp leading them through the sewers and bustling boroughs of New York City all the way to Dimension X.”

The action looks fun, the graphics are great, and, in a fun surprise, the theme song for the video is sung by Mike Patton, lead singer of Faith No More (or his great but not as well known side project Mr. Bungle).