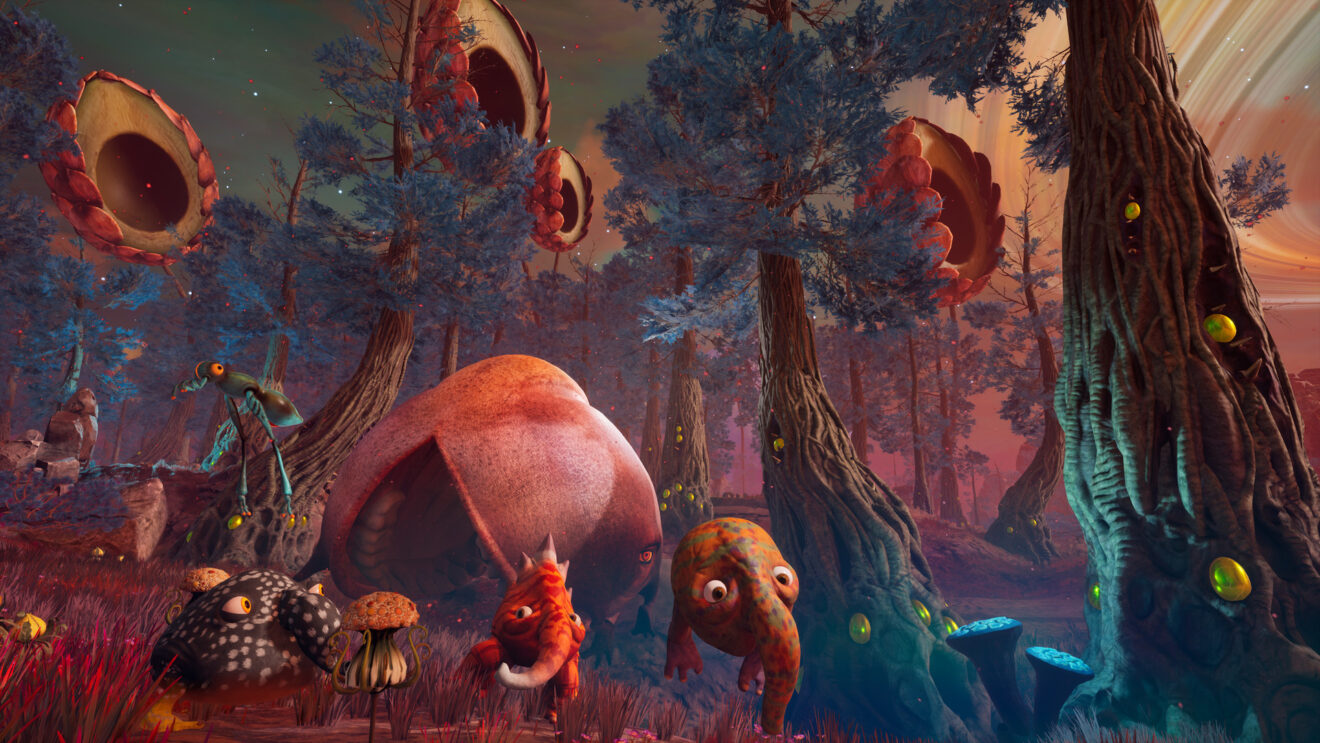 On PlayStation 5 and Xbox Series X, players will be able to choose between running the game at 4K or with ray tracing enabled. Additionally, the PlayStation 5 version features support for haptic feedback and adaptive triggers.

Accompanying the upgrade is an update for all platforms that introduces two new creatures: The Buddugh Gropp, a highly aggressive herbivore in the tundra biome, and the Gharukuk, which is a large tripodal omnivore found in the desert. Additionally, the Trebhum have developed a new mutation that lets them shoot jets of flame from their trunks.

The Eternal Cylinder is coming to PlayStation 5, Xbox Series X/S, and Steam on October 13th. Owners of the game on PlayStation 4 and Xbox One can upgrade to the current-gen version for free.