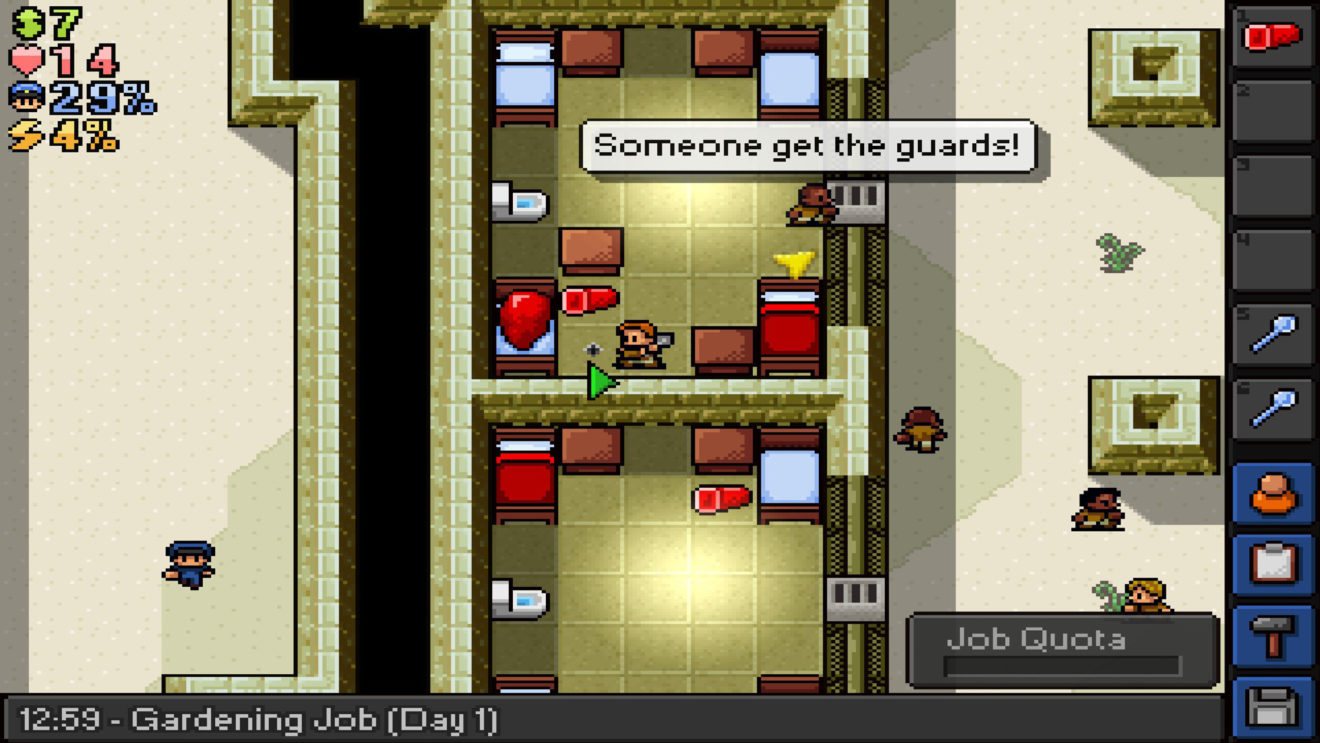 The Escapists is currently free on PC

PC owners can currently pick up a free copy of Team17’s The Escapists from the Epic Games Store.

Mouldy Toof Studios’ prison sandbox game originally released in 2015 and sees players attempting to escape prison by any means necessary. Steal a uniform, dig a tunnel, start a riot, and many more options are available to players.

“The Escapists is a unique prison sandbox experience with lots of items to craft and combine in your daring quest for freedom. Life in prison will keep you on your toes with the strict rules that you’ll have to break,” the game’s description reads. “The guards are out to stop any escape attempts, so you’ll have to avoid suspicious behavior by attending roll calls, working a prison job and hiding your stolen craftables.”

The Escapists will be free to download and keep from the Epic Games Store until December 19th. Usually, Epic reveals what the next free game will be, but the developer appears to be keeping it a secret for now.

In other news, Team17 recently unveiled a followup to The Escapists called The Survivalists. The upcoming game strands players on a desert island and tasks them with gathering resources, crafting supplies, training monkeys, dealing with the natives, and more. The Survivalists is due to release in 2020.