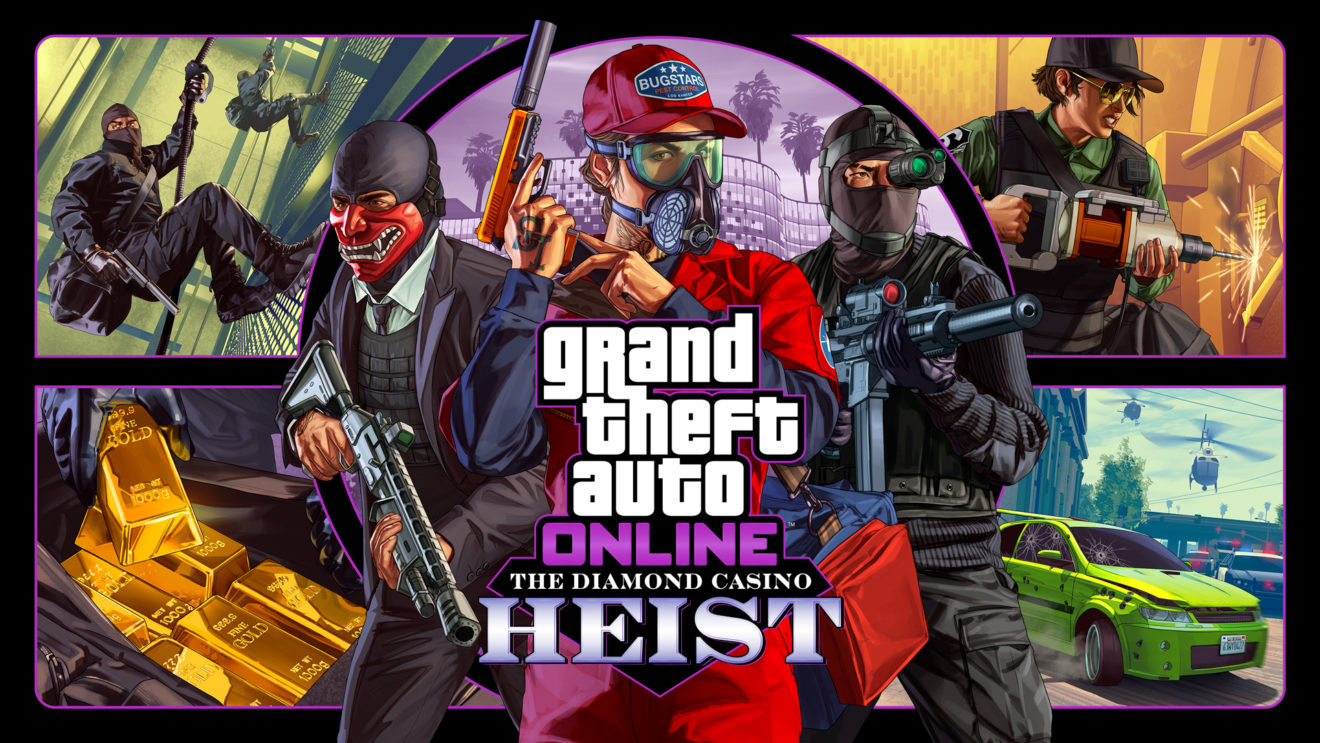 The Diamond Casino Heist is coming to GTA Online

Rockstar has announced that The Diamond Casino Heist will be making its debut in Grand Theft Auto Online next week.

From December 12th, players will be able to take part in “the biggest, most audacious, most complex criminal operation ever to hit Los Santos.”

“Infiltrating the most extravagant entertainment and luxury living complex in the entire state won’t be easy, and careful and comprehensive preparation will be rewarded to reach one hitherto unattainable goal: breach the vault at The Diamond, grab the goods and exact revenge on the Duggan family,” Rockstar adds.

According to the developer, the heist will feature “a diverse range” of setup and prep missions that will shape the way players choose to approach this mission. Once inside the casino, players will have to deal with constantly changing security measures and make several choices that will change the mission on the fly. If things go sideways it won’t mean the end of the mission though, as players will have the option to shoot their way out of trouble.

To help with planning the heist, all crew leaders can set up a retro arcade business that will act as a front for the operation. Underneath the arcade, crews will be able to practice hacking keypads and vault doors. In addition, all owners of existing businesses can add a Master Control Terminal to their property that will help with organizing all current operations.

The Diamond Casino Heist begins December 12th on Xbox One, PlayStation 4, and PC.