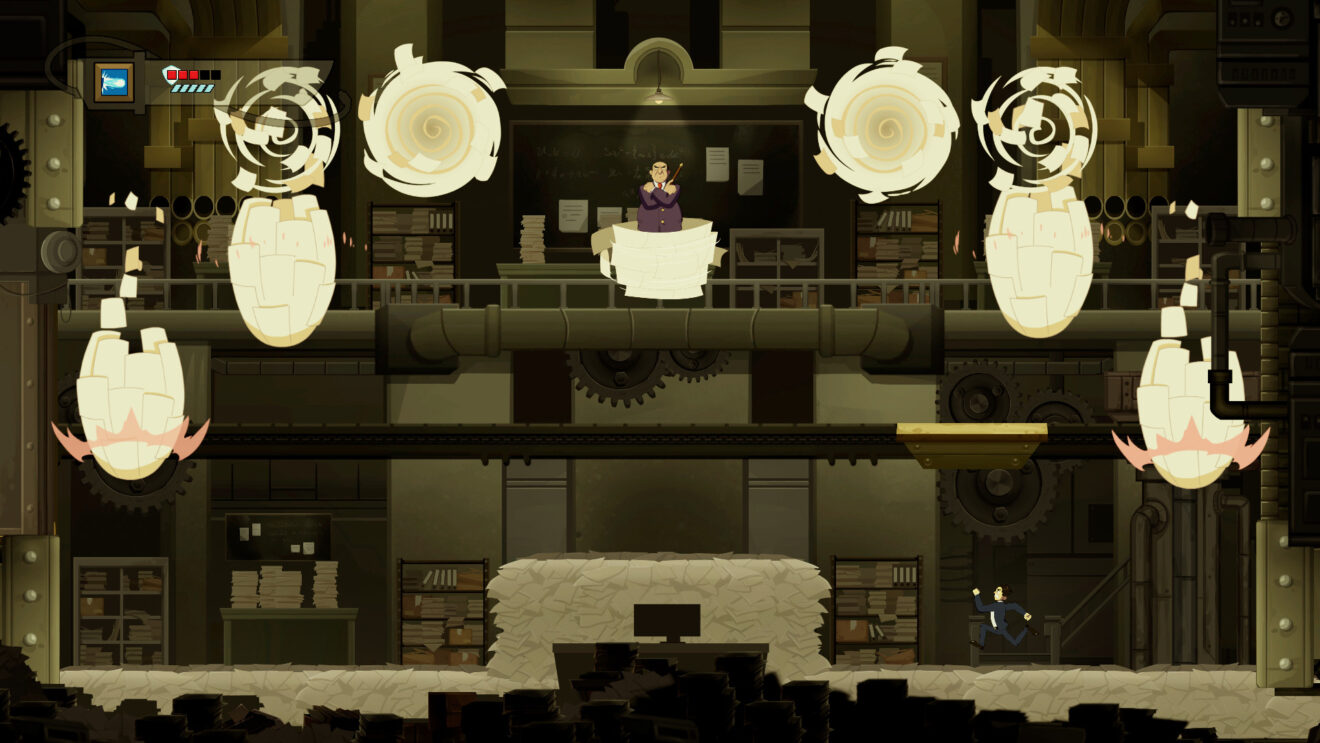 The Company Man arrives on Switch next week, demo out now

The action platformer puts players in control of Jim, a young salaryman who is just starting out at the Good Water Company. Jim becomes unsatisfied with how the company is being run and decides to overthrow the boss and become the new CEO of the company by fighting his way through various departments using a powerful keyboard and coffee-related boosts.

A free demo for the game is now available to download from the Nintendo eShop that lets players experience working in the Customer Service Department.

The Company Man is available now on Windows PC.