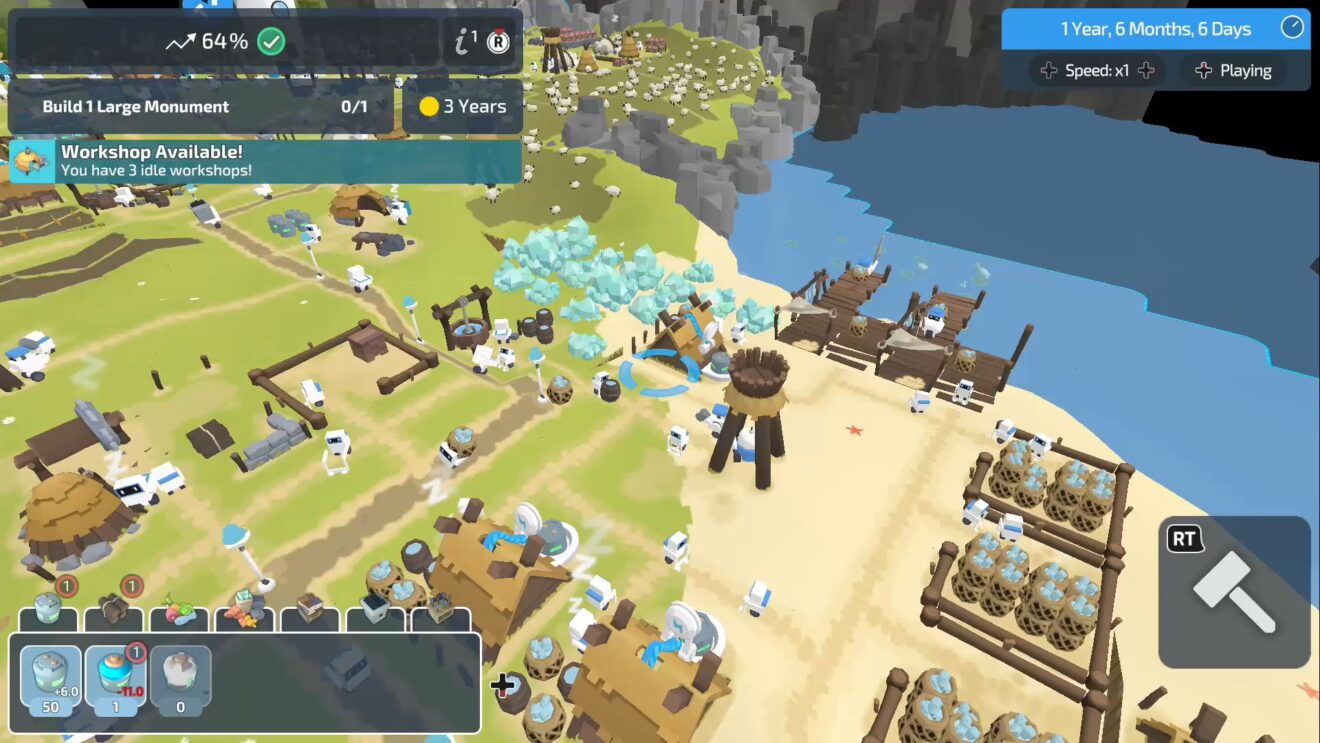 The Colonists arrives on consoles in May

Settlement building game The Colonists is coming to PlayStation 4, Xbox One, and Nintendo Switch on May 4th, publisher Auroch Digital has announced.

The game is inspired by Anno and The Settlers and puts players in charge of a team of self-replicating robots designed to simulate human civilization. Players will need to harvest resources, create homes and factories, and research new technologies as they play the 14-level Campaign. There’s also a Sandbox Mode that gives players more freedom and lets them customize various settings.

On consoles, the game features redesigned controls, a reimagined and more accessible user interface, and new hats for the robots.

The Colonists is available now on PC and will be coming to PlayStation 4, Xbox One, and Nintendo Switch on May 4th.