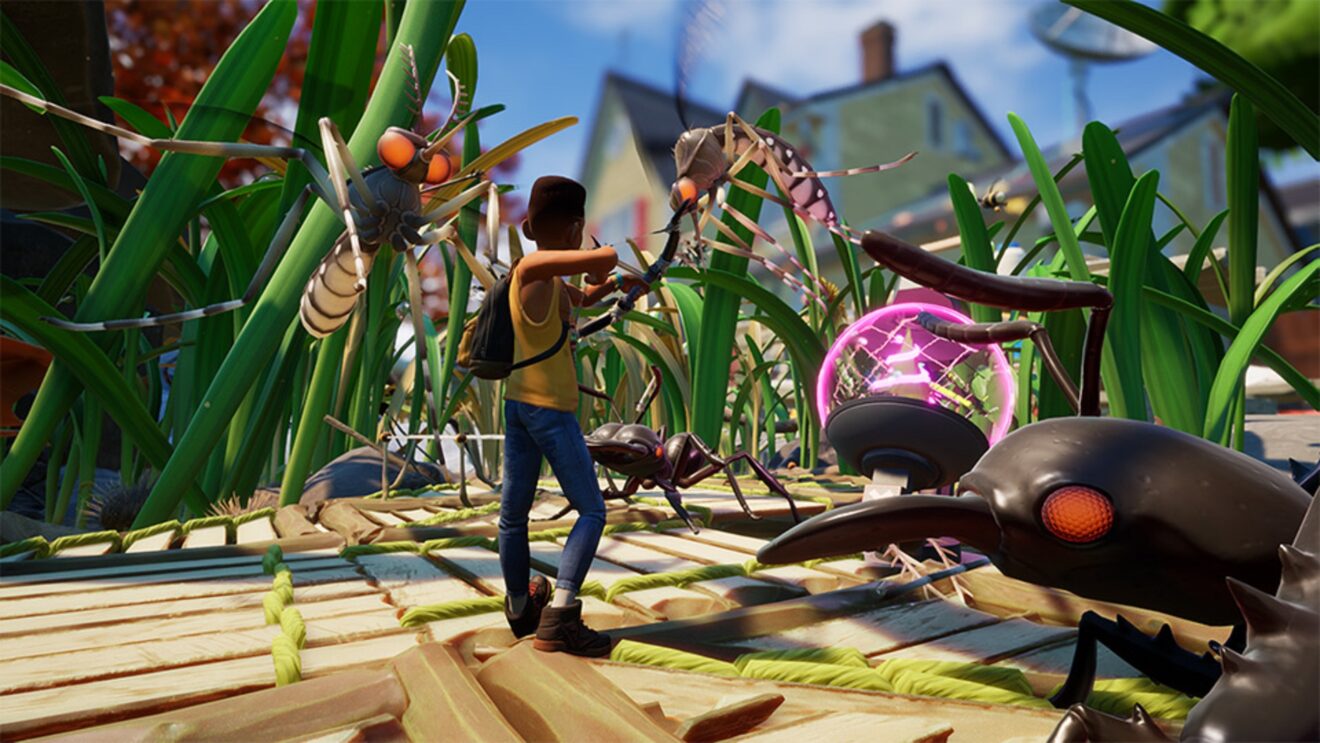 The Bugs Strike Back in Grounded’s latest update

Obsidian Entertainment has delivered a new update for Grounded that gives the bugs the power to fight back.

Titled The Bugs Strike Back, this update introduces three new base defense modes. The first of these is Faction Reactivity, which will cause the bugs to take the fight to the player’s base if they intrude on the bugs’ territory or kill too many of them. While the Waft Emitter is a pile of rotting bug parts that will call bugs to an area.

The final of these new activities is the MIX.R, a new machine that can be turned up beyond its limits to explode and grant a massive amount of Raw Science. However, it makes a lot of noise and calls bugs to the area, so get ready to fight.

Additionally, players can use the PEEP.R on a creature to learn more about it through new Creature Cards, Field Stations can now connect directly to BURG.L’s lab tech, and the new Charcoal Canteen and Charcoal Torch have been added. Read the full patch notes here.

Grounded is available now on Xbox Series X/S, Xbox One, and PC.