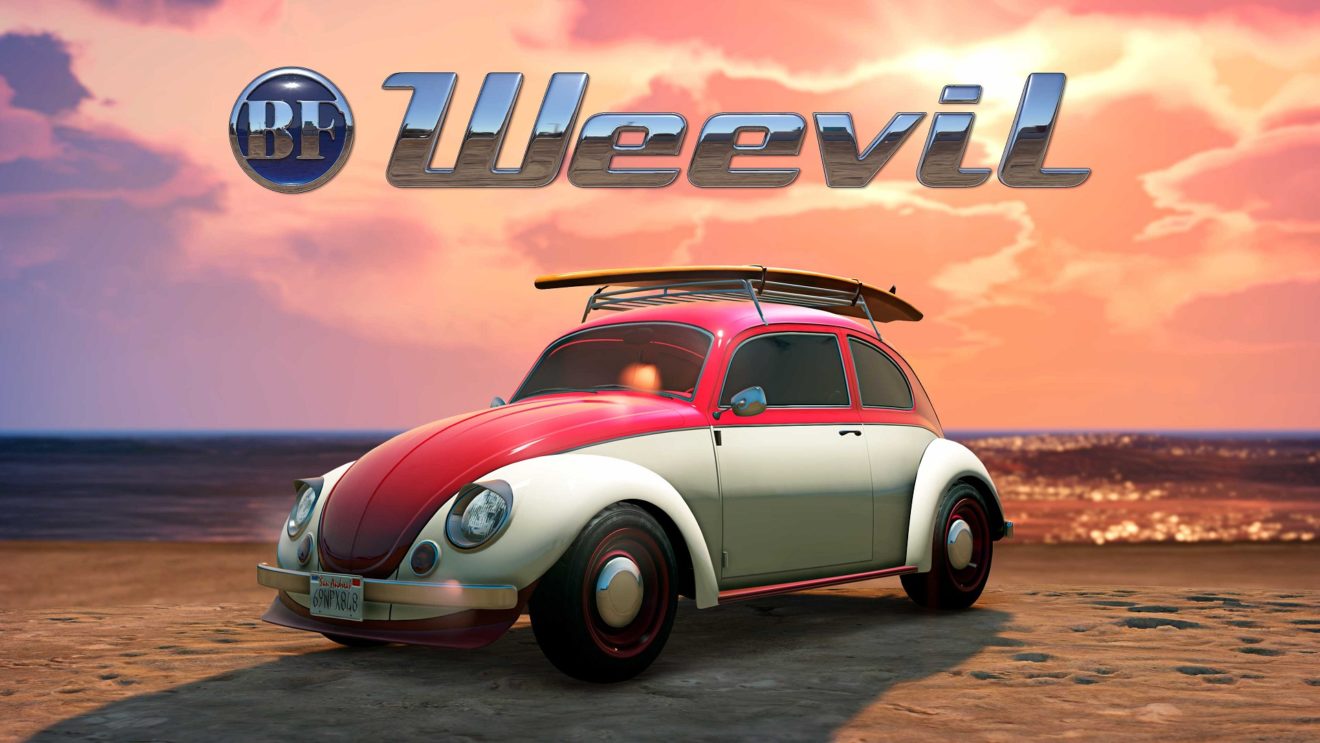 The BF Weevil is now available in GTA Online

Starting today, players can pay a visit to Southern San Andreas Super Autos and pick up the BF Weevil in exchange for their GTA$. According to Rockstar, the vehicle “was once a marvel of midcentury design and economic efficiency, but like a venture capitalist shedding their two-piece suit for a set of prayer beads and tie-dye, the Weevil has since become a symbol of free love and other high-minded ideals.”

Players can also get triple GTA$ and RP in Motor Wars and Air Races, as well as double rewards from all Smuggler Sell Missions this week.

Finally, Prime Gaming subscribers who link their Rockstar Games Social Club account will receive GTA$200,000 for playing this week, the Kosatka submarine’s Sonar Station for free, and 35 percent off the Kurtz 31 Patrol Boat and Shitzu Longfin.