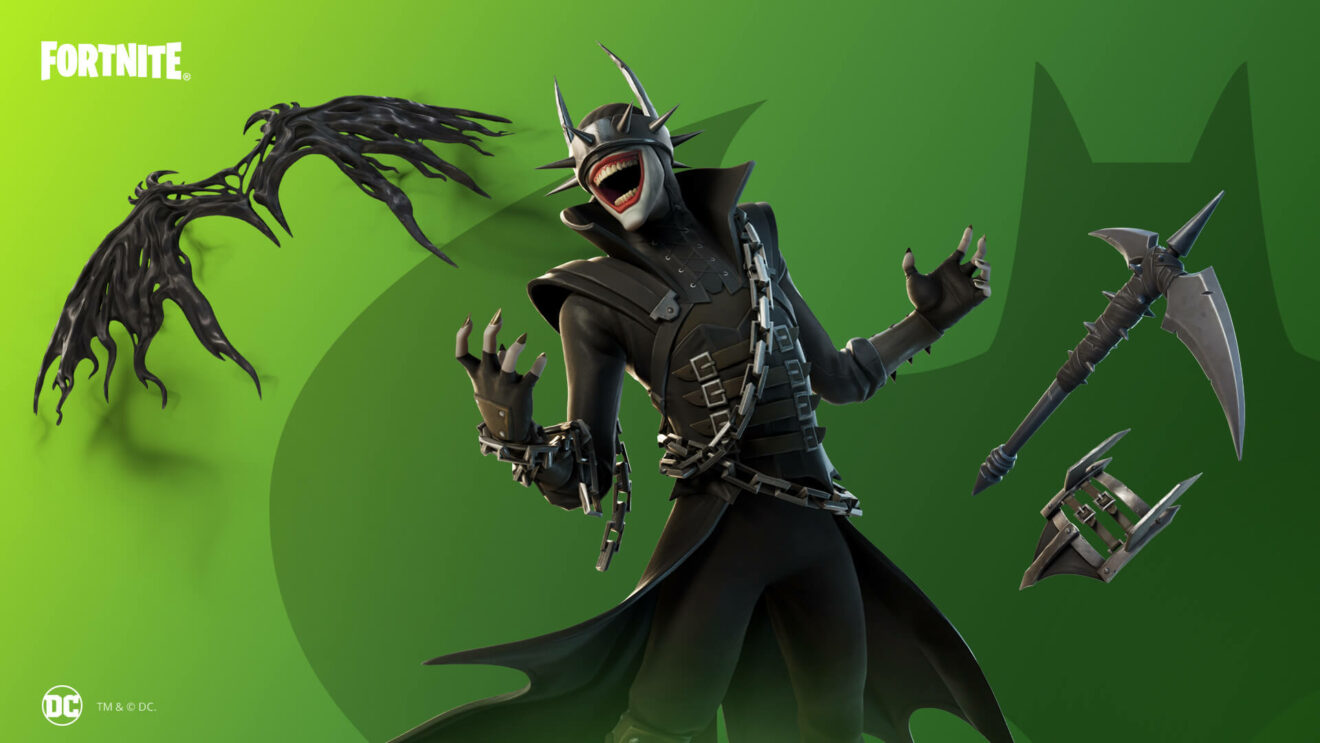 The Batman Who Laughs is coming to Fortnite

Fortnite‘s collaboration with DC continues with The Batman Who Laughs, Epic Games has revealed.

Players who don’t want the comic, but still want to the outfit, can grab The Batman Who Laughs Outfit and Robin’s Perch Back Bling, as well as the Dark Multiverse Set Pickaxe and Glider from the Item Shop starting October 26th.