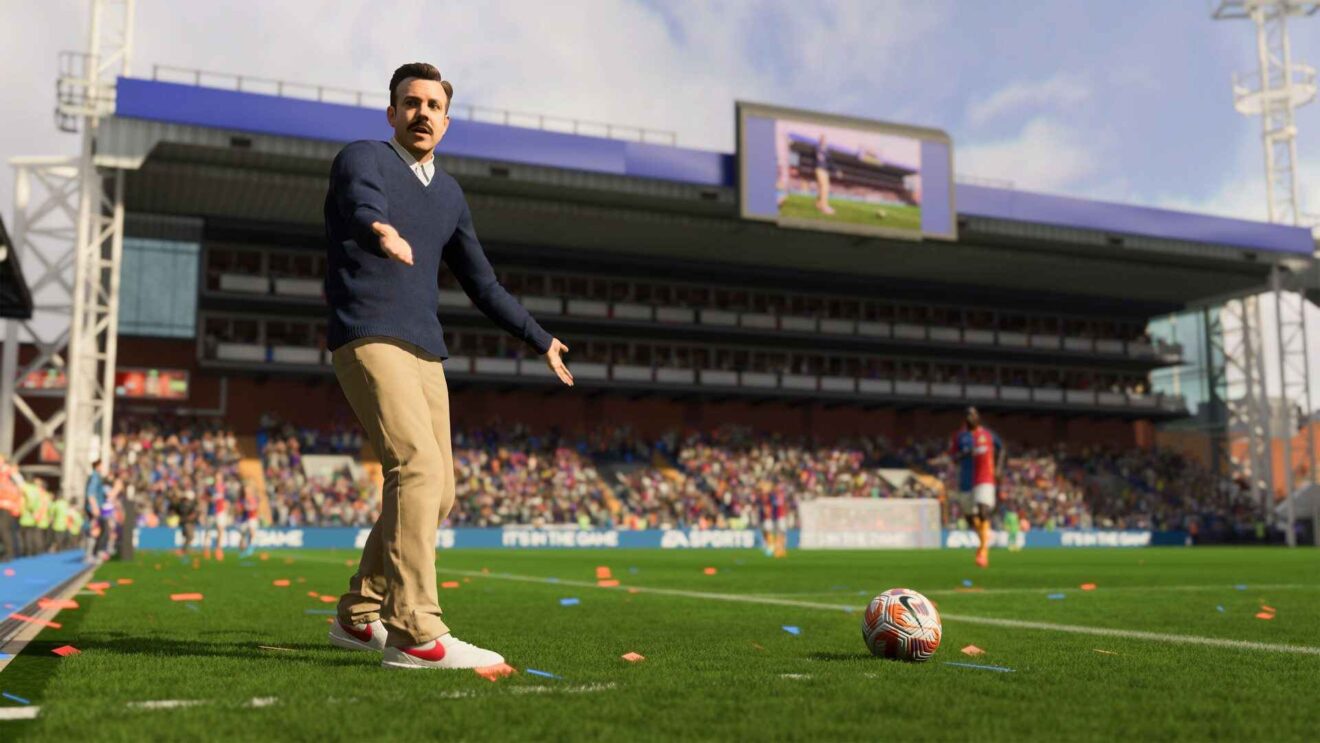 Ted Lasso is coming to FIFA 23 as a playable coach

Apple TV+ original series Ted Lasso has done a lot to popularize European football—also known as “soccer”—on this side of the pond, and now the stars of the show will continue that trend in FIFA 23.

This year’s iteration of the game will feature Ted, Coach Beard, and the rest of AFC Richmond across several different modes, including making the titular character a playable manager in career mode. You can also play as the club itself in Career Mode, Kick-Off, Online Friendlies, and Online Seasons. Lasso and Beard are also available as managers for your FIFA Ultimate Team.

You can see Roy Kent, Jamie Tartt, Sam Obisanya, Dani Rojas, and the rest of AFC Richmond in action on the Nelson Road pitch in a new trailer.