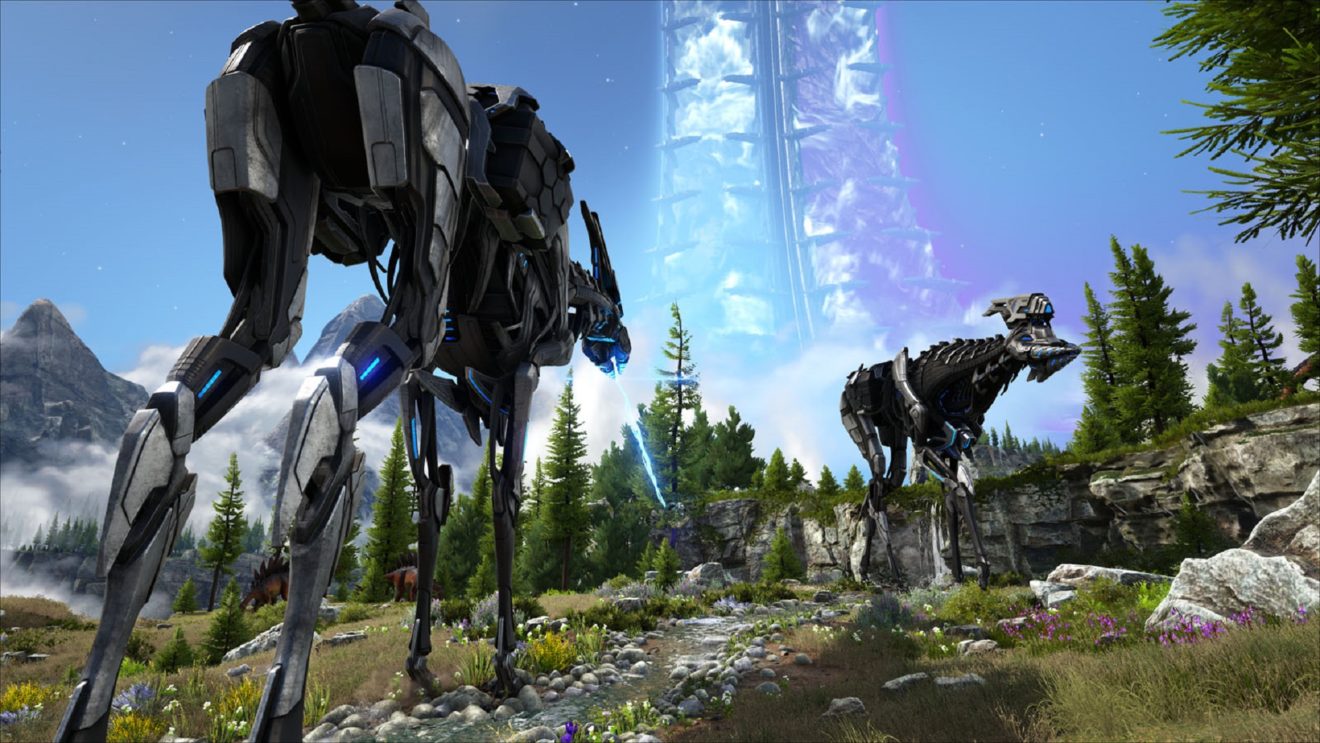 The upcoming expansion introduces a new world filled with “strange new biomes, story missions, and exotic creatures” and covers the final confrontation between HLN-A and the villainous Sir Edmund Rockwell. Players will be able to possess animals via “Noglin” creatures, zoom around the island on the new Hoversail, view their bases remotely with security cameras, and more.

The debut trailer below features the voice of David Tennant (Doctor Who, Good Omens) as Sir Edmund Rockwell and Madeleine Madden (The Wheel of Time) as HLN-A/Helen Walker.

In addition to the Genesis Part 2 trailer, Studio Wildcard released a new trailer for the game’s upcoming TLC Pass 3. This latest update includes improvements for the Mammoth and Stegosaurus, as well as several quality of life changes. Watch it below:

Ark: Genesis Part 2 is scheduled to launch in March 2021 for Xbox One, PlayStation 4, and PC.