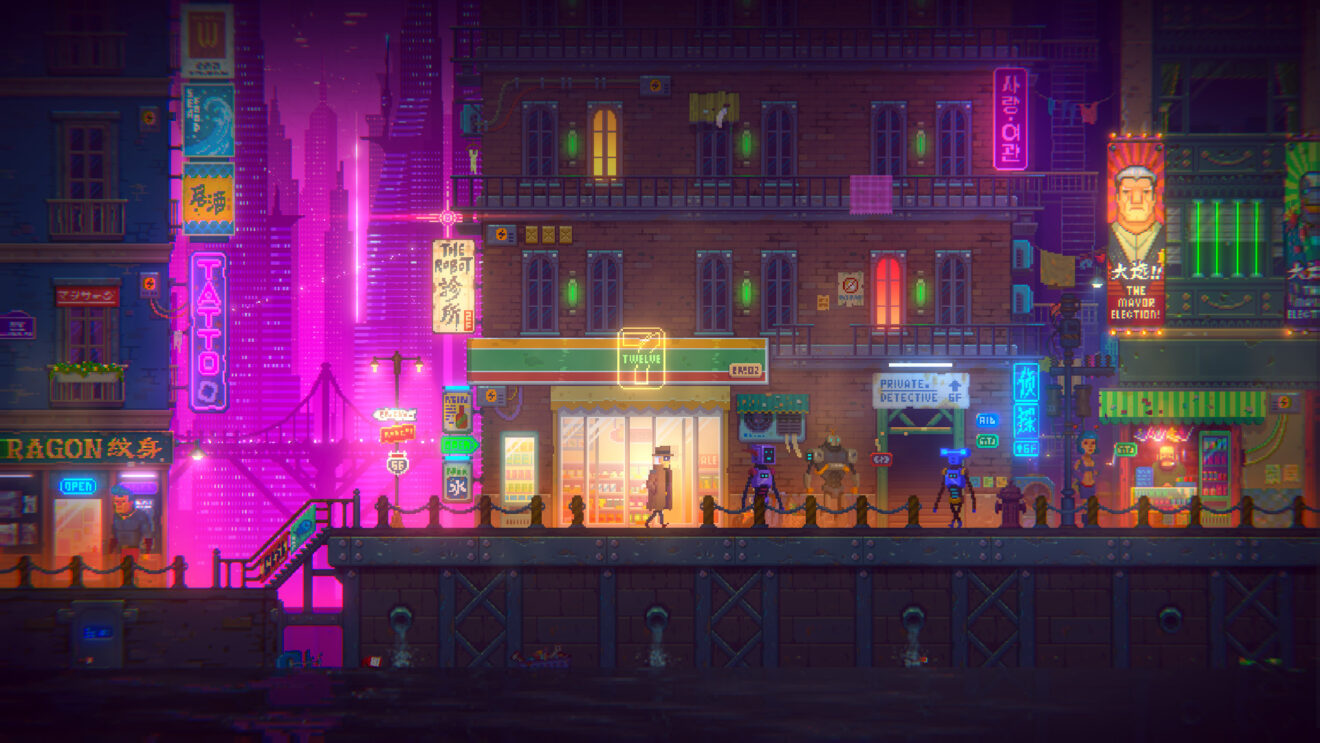 Tales of the Neon Sea is free on PC

PC owners can claim a free copy of retro-style pixel-art adventure Tales of the Neon Sea from the Epic Games Store.

The game puts players in the shoes of Rex, a veteran cop turned detective who is attempting to solve a strange murder case involving clues from a robot rebellion in a cyberpunk cityscape.

“The illusion of the past re-emerges. The weird equipment inside the brain. The mysterious package of evidence. The shadow with a beaked mask. All pointing to a serial murder case from 13 years ago…,” the game’s description adds. “A semi-mechanical god manipulates the destiny of all in this utopia. Rebels lurk in the dark, in the underground world where chaotic slums and tricks grow. Our detective will scout for clues and end unfulfilled wishes…”