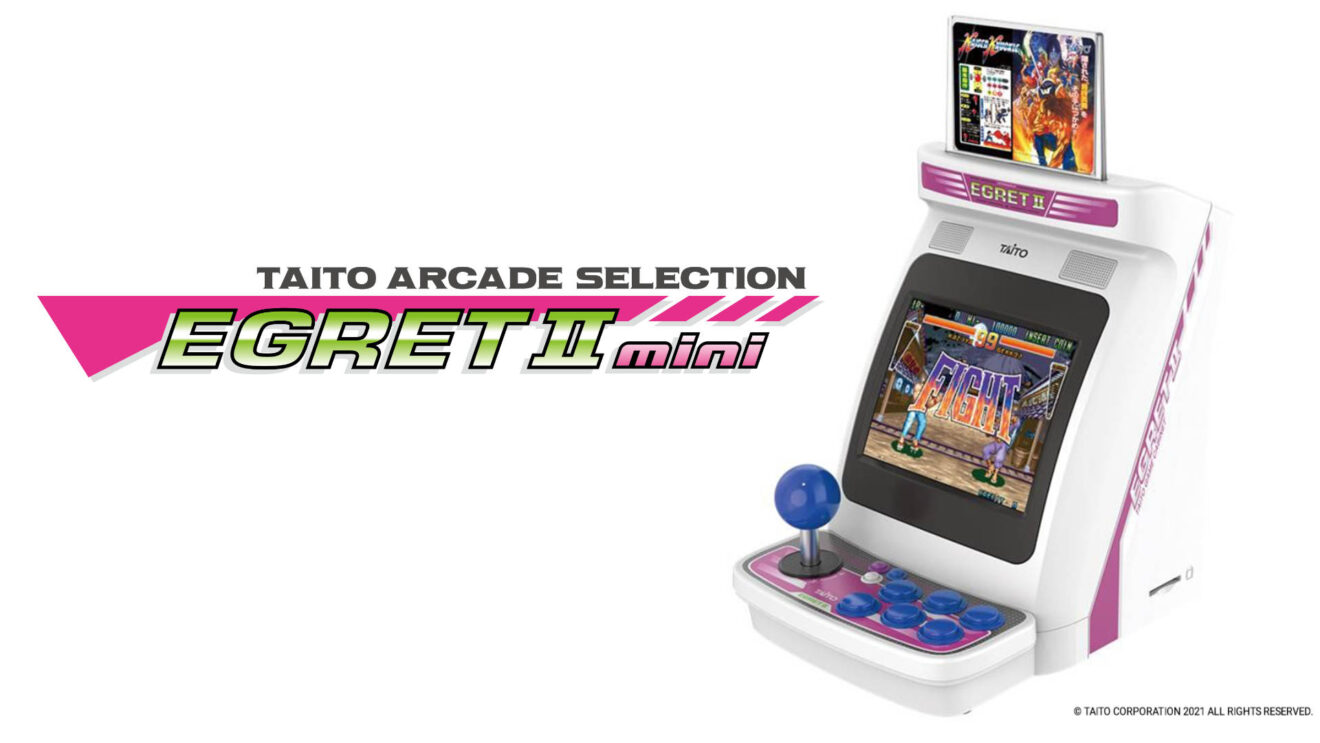 At this point, the market has seen plenty of small all-in-one hardware units that bring classic games back in a more casual fashion. Given that, the Taito EGRET II mini might initially seem like just another hunk of plastic to toss onto the pile—but it sports a few important features that make it notable.

Designed to resemble Taito’s EGRET II Japanese arcade cabinets, the system comes loaded with 40 pre-installed games, with an SD Card slot then offering the chance to add more later. Where things then start to get really interesting is the amount of customization that Taito has built into the EGRET II mini. The biggest, and definitely most exciting for me, is that the system’s 5-inch 4:3 screen can be rotated into either horizontally- or vertically-oriented positions. One minute, you could be playing through the awesome side-scrolling action game Elevator Action Returns, and the next, switching the screen to properly display vertical-focused games like Space Invaders or Twin Cobra.

The EGRET II mini also offers up some nice choices when it comes to controls. You can set the standard joystick to either be 8-way or 4-way, which can be very important for those older games that require more precise movement. As well, Taito has built a special external controller that features both trackball and paddle controls, which comes bundled with an additional 10 games that specifically use those control types (such as the Arkanoid titles). In addition, the EGRET II mini can be hooked up to a television via HDMI, has integrated stereo speakers, and features options such as “Save states, adjustable lives, and rapid fire.”

And now, in a very welcome yet equally surprising announcement, United Games Entertainment, with its publishing labels ININ Games and Strictly Limited Games, have secured the rights to release the EGRET II mini in North America and Europe. While I don’t know much about what this’ll mean for purchasing options at this point, the unit “will be available in different exclusive editions for the Western territories,” and will hit sometime in 2022.

While we wait for more English-language promotion for the Taito EGRET II mini, here’s the Japanese trailer for a quick look at the games featured.