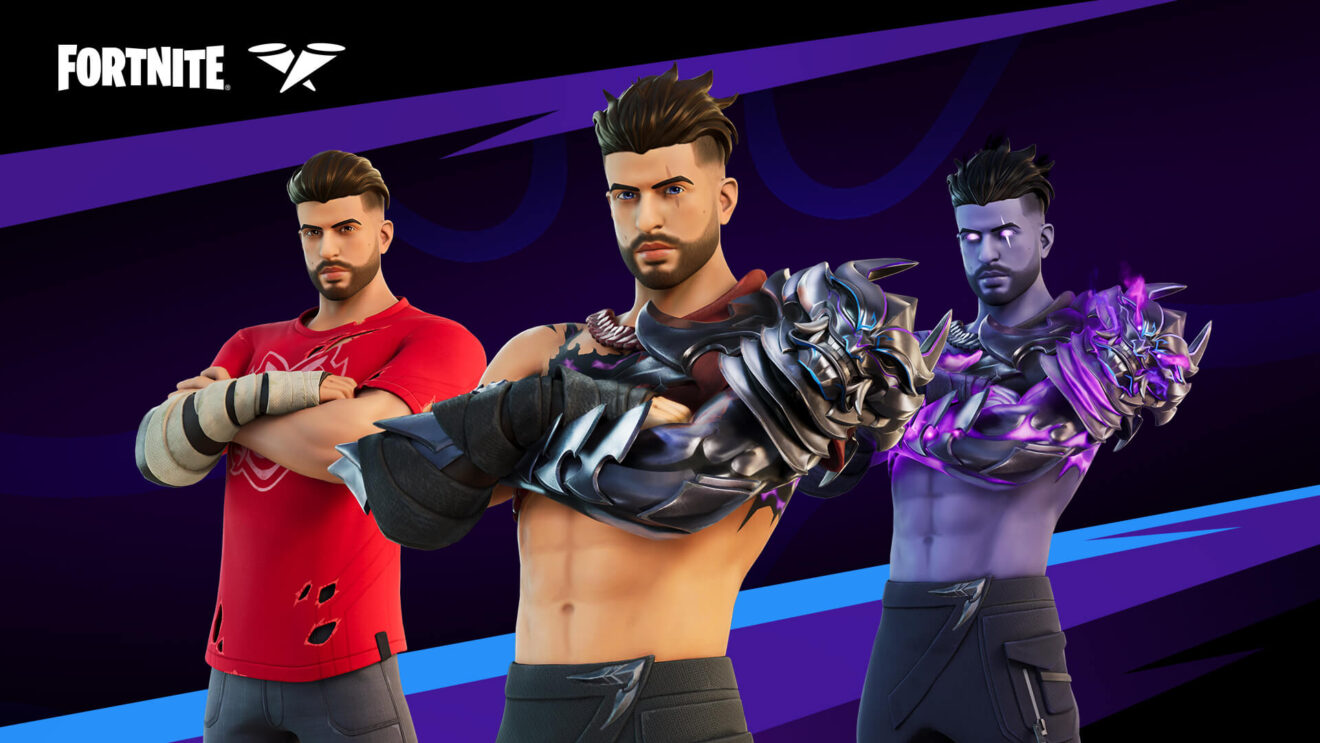 Epic Games has revealed that content creator SypherPK is the latest entry in the Fortnite Icon Series.

Starting September 22nd, players can visit the Item Shop and purchase the SypherPK Outfit, which includes the Oni-infused Empowered Style and the reactive Possessed Style. The outfit also comes with the option to wear the Crimson Mask or Onyx Mask.

In addition to the outfit, players can grab the reactive Oni’s Curse Back Bling, Sypher’s Scimitar Pickaxe, and Sypher’s Strut Emote.

Players looking to get the SypherPK outfit before September 22nd can take part in the SypherPK Icon Cup, which gets underway tomorrow, September 21st. The top-performing players will be rewarded with the SypherPK Outfit and Oni’s Curse Back Bling, while everyone who gets at least eight points receives the Sypher’s Mask Emoticon.

Finally, from now through October 18th, players can jump into an island created by SypherPK’s Oni Studios to complete quests and earn the SYPHER IS HERE Spray and the Oni Ascension Loading Screen.