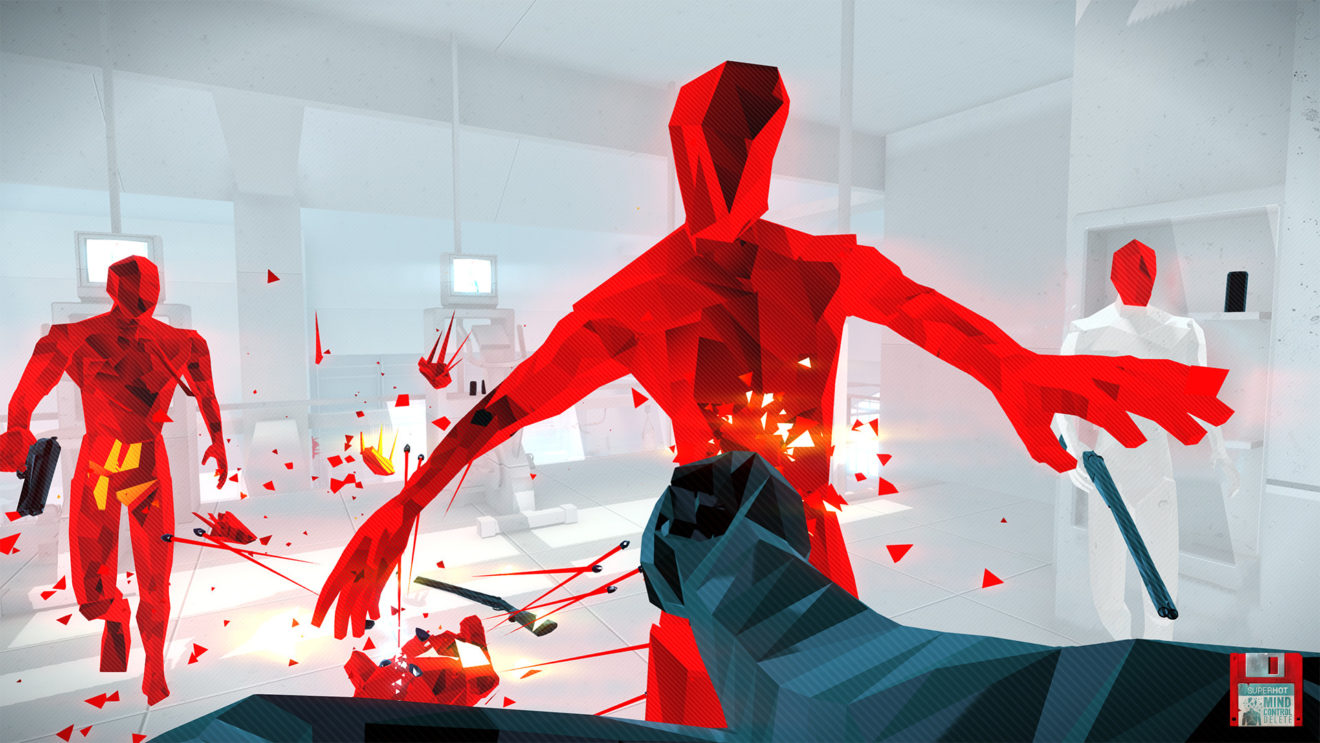 Superhot Team has announced that the third entry in the Superhot series, Superhot: Mind Control Delete, will be officially launching on July 16th for Xbox One, PlayStation 4, and PC.

In addition to announcing the date, the developer revealed that everyone who has purchased a copy of the original Superhot on PlayStation, Xbox, Steam, Epic Games Store, Origin, or GOG can get Mind Control Delete for free. Players who purchased the game on PlayStation, Steam, Epic Games Store, or GOG will get Mind Control Delete automatically added to their library. While Xbox owners will receive a token for the game via a system message within seven days of release.

It should be noted that this does not include players who received the game for free via a promotion such as an Epic Games Store giveaway or Games With Gold. More information about receiving a free copy can be found here.

“We’re incredibly lucky and privileged thanks to you. The support of you and all of those customers like you allows us to keep the studio independent,” the developer wrote in a FAQ in regards to why the game is being given away for free. “You let us run it however we please, without care about bottom lines and profit margins. You let us do weird things – invest in crazy experiments that will never see the light of day, build things that are trying to help other video game studios, even directly fund and support beautiful tiny indie devs in Superhot Presents.

“You’re allowing us to continue to do weird and wonderful things with our lives. It only seems fair that we try to return the favor. As a tiny token of our gratitude, we hope that coordinating this massive, complicated giveaway scheme helps bring a bit more joy into your life.”

The upcoming entry features more mechanics, more characters to control, new enemies, more story, and is much bigger than Superhot and Superhot VR.