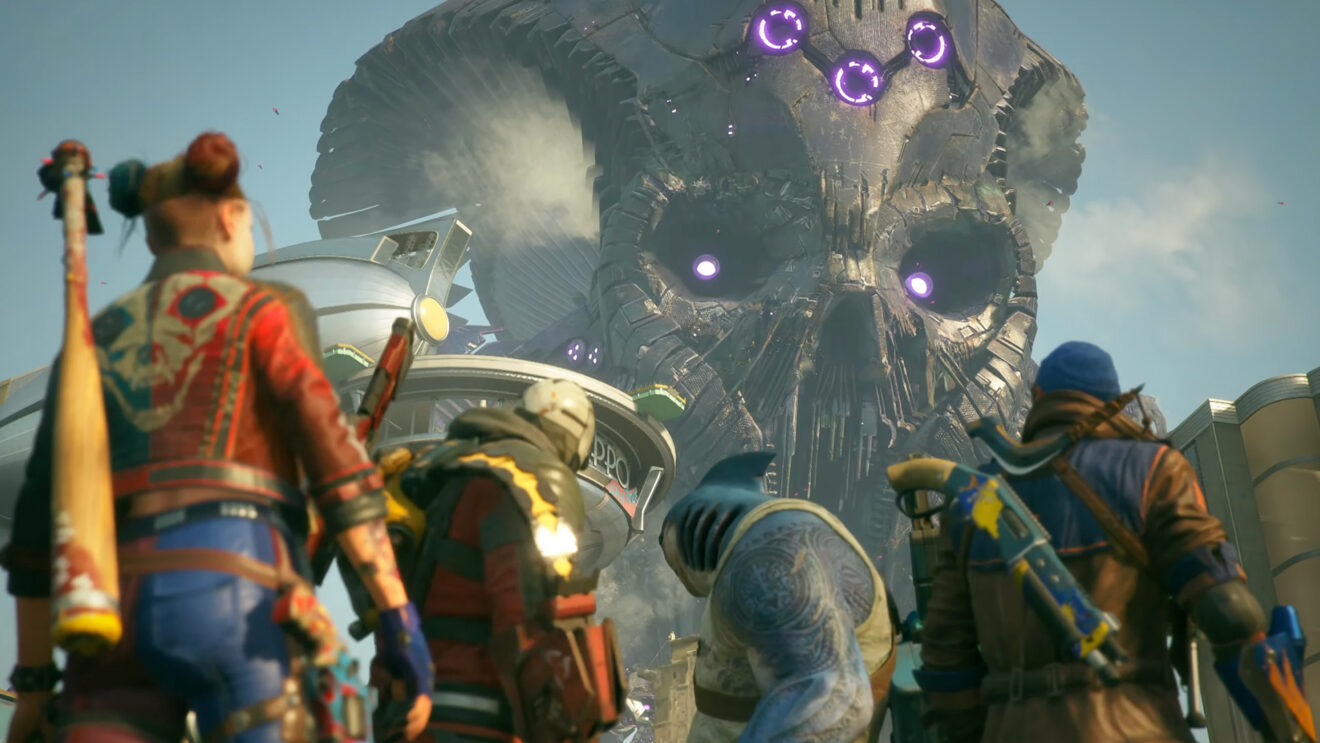 Suicide Squad: Kill the Justice League finally got its big gameplay reveal during The Game Awards 2021.

The Rocksteady-developed action game will let us play as Harley Quinn, Deadshot, Captain Boomerang, or King Shark, either solo or with friends online, and we finally get a clear look at how all four of the antiheroes play. Throughout the three-minute trailer see a lot of the character’s different combat and movement abilities. (King Shark gets a minigun, but we’re not complaining.) The footage also offers a lengthy look at the open-world city of Metropolis and the twisted enemies that fill it, apparently minions of the supervillain Brainiac.

We also see the Squad face off against The Flash, who, like the other members of the Justice League, is in thrall to Brainiac. At some point he runs real fast and makes a tornado, because as far as I know that’s one of like two things The Flash does, and it’d be hard to put him running into the past and ruining the timeline in a video game.

The only date attached to the trailer is 2022, but we already knew it’s coming to Xbox Series X/S, PlayStation 5, and Windows PC.