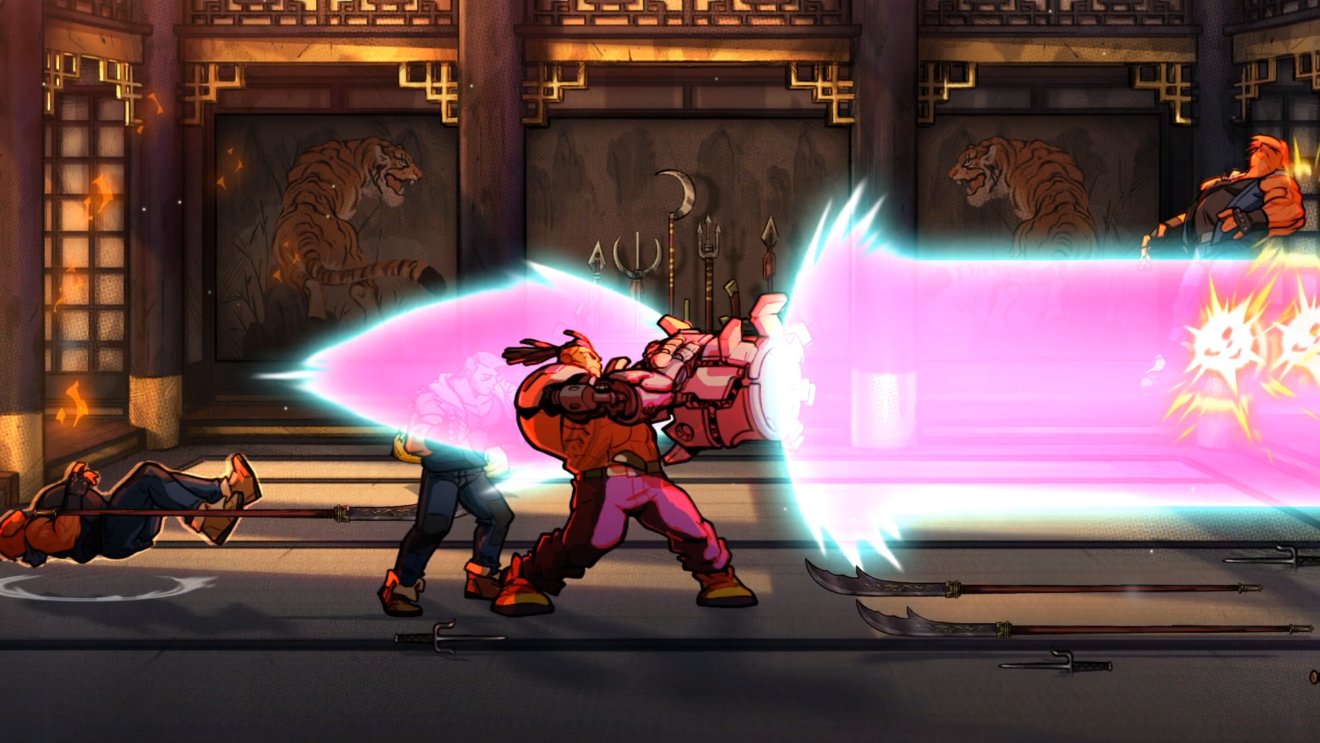 Dotemu, Lizardcube, and Guard Crush Games have released a new trailer for Streets of Rage 4 that introduces us to Floyd Iraia, the fifth and final playable character in the game.

Floyd uses his cybernetic arms, which were given to him by Streets of Rage 3’s Dr. Zan, to deal massive damage to his enemies. According to publisher Dotemu, Floyd’s movement and health recovery are slow, but he has the longest reach in the game and a lot of power to make up for it.

The trailer also revealed that the upcoming game will feature both online co-op for two players and local co-op for up to four players. Watch it below:

Streets of Rage 4 is due to release this spring for Xbox One, PlayStation 4, Nintendo Switch, and PC.