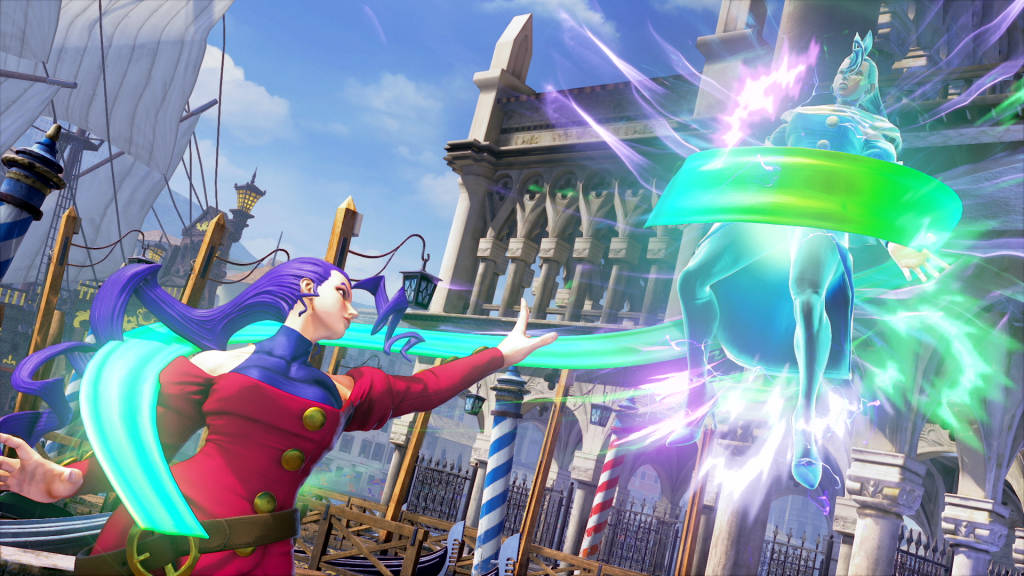 Capcom held a stream today that showed off more of Street Fighter V‘s final season of content, and here’s a rundown of what we got in case you missed it.

Dan was the first new DLC character revealed for Street Fighter V Season 5, and we’ve now gotten a much better look at him. Originally created as a joke character to poke fun at fighting game rival SNK, Dan won over players with his goofy attitude, love for taunts, and ability for trolling opponents if you can use him to pull out a win.

Street Fighter V Dan doesn’t lose any of that, but he also looks like a seriously interesting character to play as, even more so than before. Here’s a breakdown from Capcom on some of his abilities:

Both of Dan’s V-Skills allow him to cancel any of his moves to perform his signature Taunts. For V-Skill I, “Saikyo-Style Burairuten No Kamae,” this Taunt opens up many combo paths that would not normally be possible and can make many of Dan’s moves safe. With V-Skill II, “Saikyo-Style Otokoboe,” Dan can cancel almost any normal move (except crouching Heavy Kick) into another normal or special move, if properly timed. Watch out, though: these V-Skills will not only build Dan’s V-Gauge, but also the V-Gauge of his opponent! This will lead to some hectic fights as Dan’s new offensive powers also enable those he’s fighting.

When it comes to V-Triggers, Dan comes fully equipped in SFV. Dan’s “Haoh Gadoken” fireball makes a return from Street Fighter IV, and has become Dan’s V-Trigger I in Street Fighter V. This returning move is unique in that it is the only V-Trigger in the game that costs only one bar of V-Gauge, allowing you to use it more often in matches. You can even charge it up, which can lead to a guard crush or a wall bounce!

Dan’s V-Trigger II, “Tenchi Saikyo No Kata,” powers up his “Gadoken” fireball and “Koryuken” uppercut special moves. His fireball will gain more hits, while his uppercut gains complete invincibility. With proper timing, you can add extra hits and damage to each of these moves in combos!

Next up is Rose, who isn’t completely new to the game, as she’s shown up before in story mode as Menat’s mentor. I’ve been a big fan of Rose since her original appearance back in Street Fighter Alpha, and while I’m definitely happy to have her back, I’m a tad disappointed that Capcom didn’t do anything to update her look. It’s fine—her character design has always been great—it just seems like a missed opportunity with so many other returning characters also getting a makeover.

What is changing is her gameplay, at least in some moderate ways. Her anti-air Soul Throw has been replaced by Soul Bind, a new move where she uses her scarf to pluck opponents out of the air. Speaking of being up in the air, Rose can now throw her Soul Spark projectile while jumping.

I’m incredibly interested to check out Soul Fortune, Rose’s V-Skill I. When activated, she “summon[s] tarot cards that will provide different buffs to herself and debuffs to her victims.” Rose’s V-Skill II, meanwhile, is the return of Soul Satellite.

From there, Rose’s “V-Trigger I is called ‘Soul Dimension,’ a teleportation move that gives Rose new mix-up opportunities, and V-Trigger II is her popular ‘Soul Illusion’ from the Street Fighter Alpha series, in which Rose creates shadow illusions of herself giving her access to potentially long combos that deal heavy damage.”

Oh, Rose will also be coming along with Marina of Fortune, a new stage that serves as a callback to her Street Fighter Alpha 2 stage.

Last night, the final character of Season 5 was accidentally leaked by Twitch: Eleven, the prototype for Street Fighter III‘s mysterious Twelve. Except, Eleven not only isn’t the final DLC character, it’s not even a character. Well, sort of.

Basically, Eleven will work as a fancier randomization function. After picking it, you’ll change to a new character every match, with your V-Skill and V-Trigger also randomized. The fighter Eleven transforms into will retain its coloring, and have a slightly modified voice.

Eleven will be a bonus for anyone who purchases either of the Season 5 Passes, which break down as the following:

Surprisingly, the most exciting part of today’s stream wasn’t seeing more of Dan, our first look at Rose, or even the reveal of Eleven. Instead, it was the announcement of a new gameplay mechanic: V-Shift.

Coming as part of the game’s next Battle Balance update, V-Shift spends one bar of your V-Gauge to make you “fully invincible to attacks, throws, and projectiles for a short time.” Once executed, time slows down a little, your character dodges backward, and not only can your opponent’s attack be negated, but you can also then unleash a V-Shift Break counterattack.

Look, I’m not going to pretend like I’m a high enough skill level Street Fighter V players to know all of the exacts on how V-Shift is going to affect the game’s overall meta. I’ve already got some idea of how I’ll be using it when playing my main Karin, however, and I’ve seen plenty of other SFV players excited for what it could mean for the game.

Dan, Eleven, a new “dark mode” of The Grid training stage, the Battle Balance update, and the V-Shift will all be arriving in Street Fighter V on February 22nd.