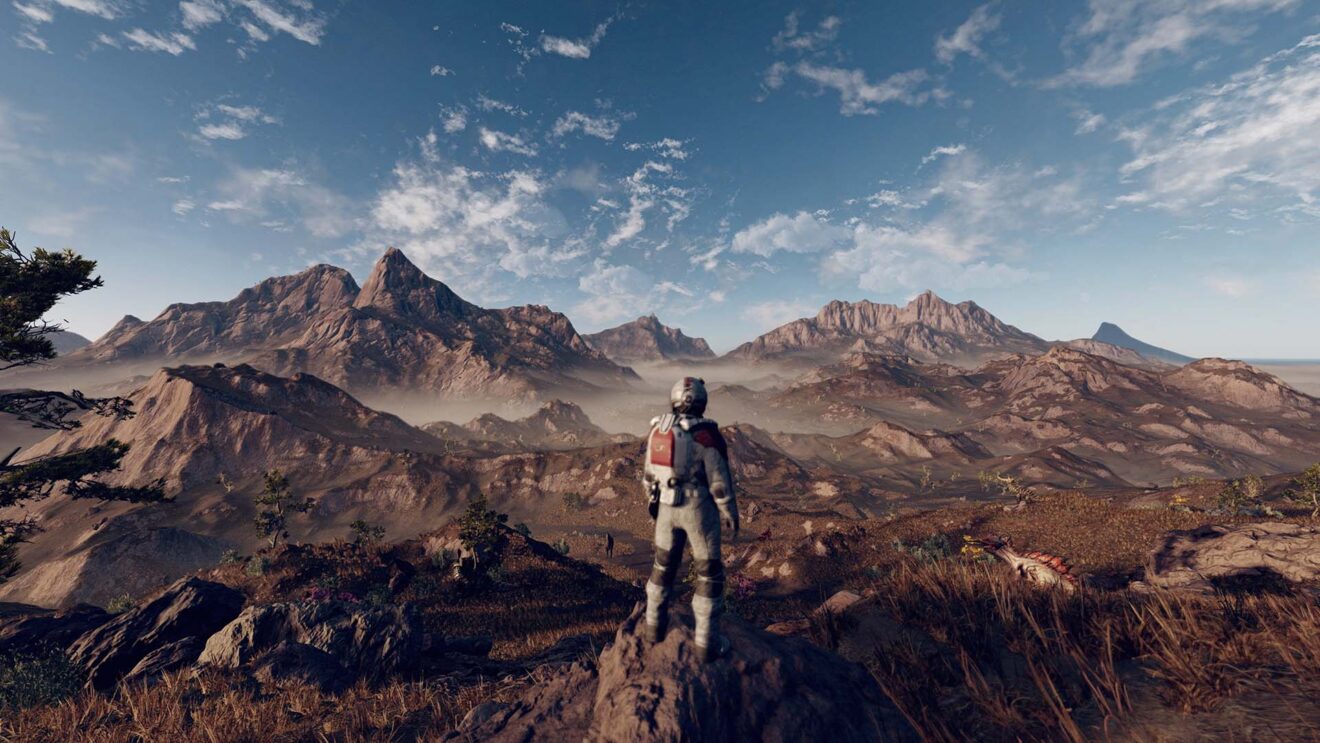 Bethesda Game Studios finally showed actual gameplay of its highly anticipated space RPG, Starfield, with a 15-minute reveal that can only be described as out of this world.

The reveal opened up as expected, with a player landing on a moon called Kreet and exploring its fauna and flora. Eventually, the player finds a facility that pirates took over and fights to reclaim it. We got to see some of the game’s shooting mechanics, as well as “digipicking” (futuristic lockpicking), in first- and third-person.

Then the player travels to the capital city of new Atlantis, where they meet up with members of Constellation. Here is where we get our first look at the game’s main story, which centers on the Collective putting together the pieces of an artifact that will potentially lead to the discovery of more intelligent life.

At this point, it’s all pretty standard Bethesda stuff, though. Players can team up with different factions, customize their characters with skills that players can progress by using them, and even craft their outposts, where they can mine resources and hire characters they meet along the way to run the facility. Likewise, players can also build their own ships and customize them with different parts from different manufacturers.

That’s when it starts to get interesting. Bethesda Game Studios president Todd Howard reveals that, yes, you can fly your customized ships, which obviously means that you will also engage in space dogfights. The footage of that showed the player taking on enemies around a planet’s orbit, which begged the question: Just how far can you fly in Starfield?

The answer is pretty darn far.

Not only can players land anywhere on any planet, not just designated landing areas. But they can also leave the original star system and explore even more planets. And there are a lot of other planets. In fact, there are over 100 star systems and over 1,000 planets to explore in Starfield.

How much meaningful exploration there is on the other planets is still TBD. Some will definitely be completely barren but heavy in resources, while others will have a little more life to them. But the prospect of a highly authored RPG from Bethesda with Elite: Dangerous or No Man’s Sky levels of exploration is pretty enticing, to say the least.

One last thing to note is the release window. Starfield is still set for a 2023 release, but no specific date or window was revealed. The Xbox & Bethesda Showcase supposedly included games that were only set to launch in the next 12 months, but we still find it hard to believe that Starfield will launch in the first half of 2023.

When it does launch for Xbox Series X/S and PC, Starfield will be a day-one Game Pass addition.