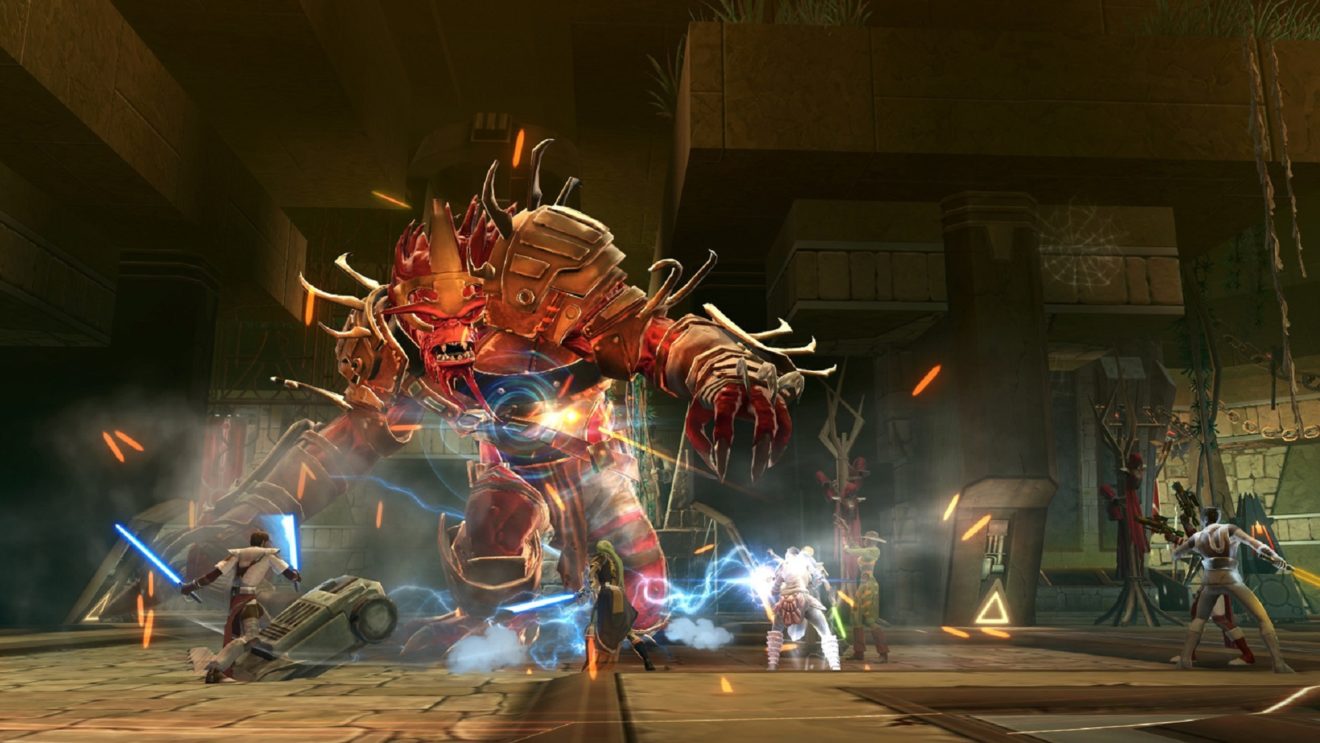 BioWare’s MMORPG Star Wars: The Old Republic is the latest EA game to make the jump from Origin to Steam.

Star Wars: The Old Republic originally released via Origin in 2011 and puts players in the center of the war between the Sith and the Jedi as one of eight playable classes. Players can explore numerous planets, take part in dungeons and raids, and claim a piece of the galaxy as their own with the Galactic Strongholds housing system.

The game switched to a free-to-play business model shortly after launch, but offers an option subscription that grants several bonuses. Players who subscribe get an increased level cap of 75, a monthly Cartel Coin grant, more XP, and access to the Onslaught, Knights of the Eternal Throne, and Knights of the Fallen Empire expansions.

Star Wars: The Old Republic is available now as a free download on Origin and Steam.