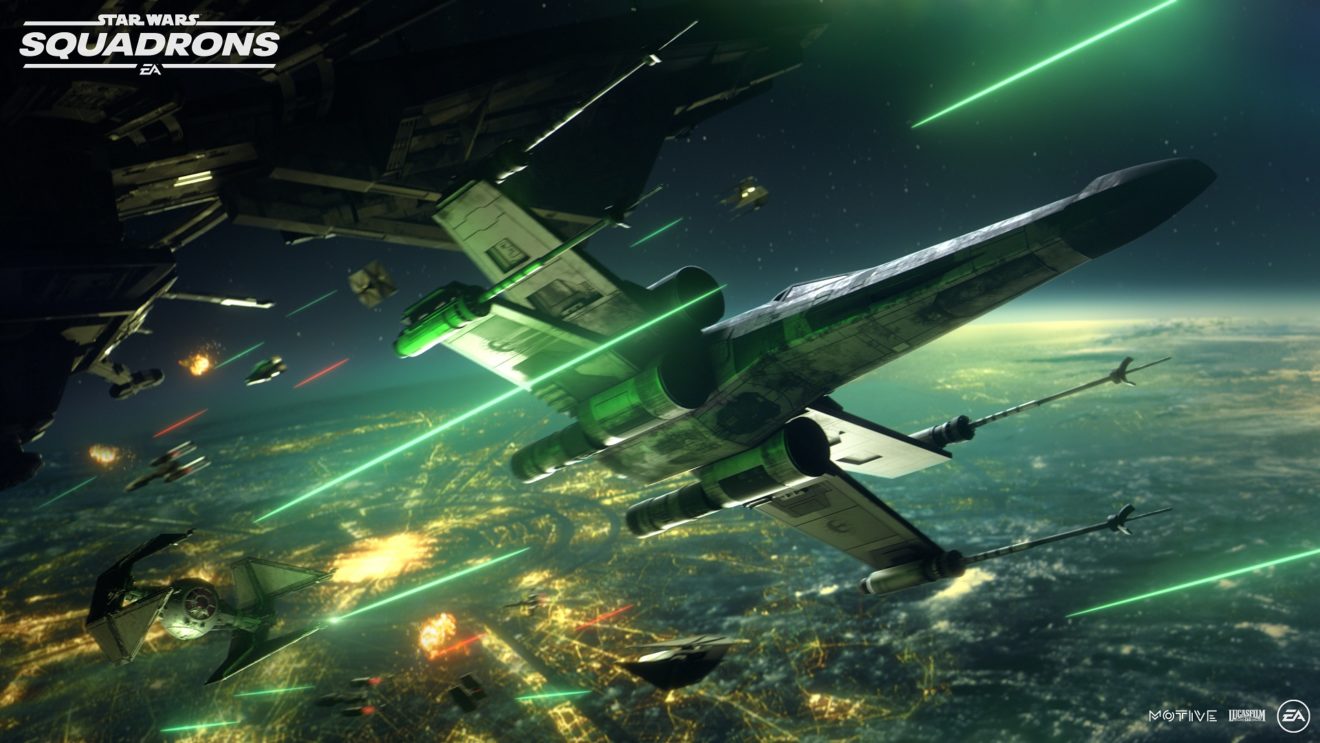 Motive Studios has delivered update 2.0 for Star Wars Squadrons on all platforms.

To start with, this large update introduces a new forfeit system for Fleet Battles to replace the “Safe to Leave” and “Match Not Scored” systems that have been present in the game since launch. Under this new system, players will be able to decide to end a match early while still earning rewards for their time. Players who defeat opponents through forfeit will get full skill points and progression, while teams who lose via forfeit will get full progression rewards and only lose half the usual skill points.

“The new forfeit system puts control back into the players’ hands and allows players to decide which matches are worth fighting until the end and which are worth forfeiting,” senior systems designer, Dan Kim, said in a blog post.

“In either case, players will now be fully rewarded on all sides: players that defeat opponents through natural play or forfeit will now gain full skill points and progression rewards. Players that lose naturally after a teammate abandons or lose by forfeit will still gain full progression rewards but take only half the skill point losses. Meanwhile, players that abandon will be appropriately punished: abandoning the game after deployment always results in a loss and leaver penalties have been significantly increased.”

Another new addition with this update is the ability for players to backfill while in the briefing room/hanger in Ranked Fleet Battle, Dogfight, and Co-op Fleet Battles vs AI. A timer will be present for backfills to occur and if extra players are not found within the time limit, then all players will be returned to the lobby with no penalty. However, players who leave while the timer is counting down will receive a leaver penalty.

There’s also an option to reset rank during Operation 1 and improvements to AI starfighters to prevent farming. Finally, changes have been made to the Tie Bomber, including a decrease in hull health and a decrease in the Reinforced Hull benefit. Read the full patch notes here.

Star Wars Squadrons is available now on Xbox One, PlayStation 4, and PC.