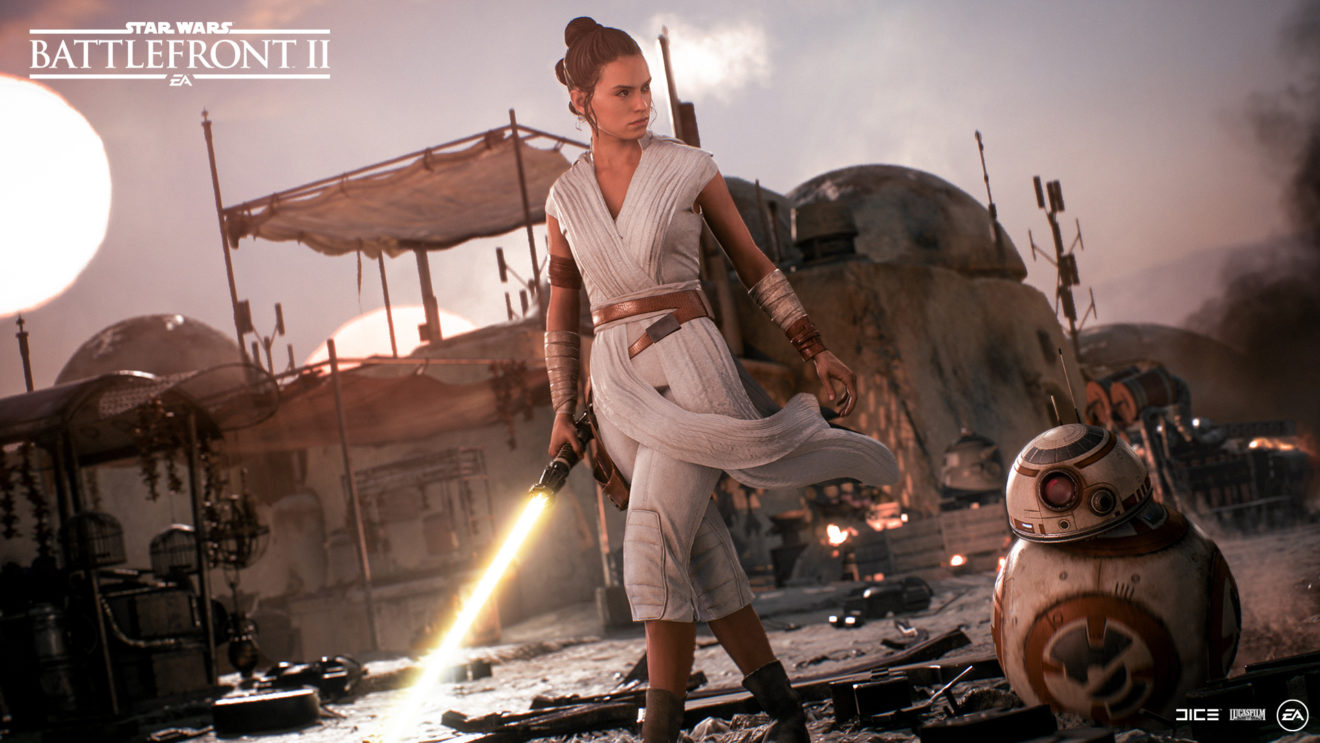 The biggest addition to the game is the tropical planet Scarif as a new multiplayer map. Featured in 2015’s Battlefront as Rogue One DLC, Scarif will be part of an “Age of Rebellion” map rotation for Supremacy and Instant Action, which will also include the Hoth, Tatooine, Yavin 4, and Death Star II maps. Scarif will also be one of two new maps added to the Heroes Vs. Villains mode, along with Crait from The Last Jedi.

Scarif will also be added to the Age of Rebellion locations for the game’s Co-op mode, which will also be getting the MC85 Star Cruiser and Resurgent Class Star Destroyer as standalone maps in the Age of Resistance rotation. The update will also make all these Co-op missions playable offline as part of Instant Action.

While this is the last content update for the game, that doesn’t mean DICE is turning off the lights anytime soon. Servers will still be running indefinitely, and double XP events and in-game challenges will still give players a reason to keep returning to the game.

Battlefront II had a rocky start when it launched in November 2017 thanks to controversy surrounding pay-to-win mechanics. DICE rolled back those mechanics prior to the game’s full release, but the damage was already done in terms of the game’s public perception. However, DICE continued to develop and update the game, including adding entirely new modes and unlocking all the hero characters for players without forcing them to purchase them, and turned Battlefront II around.