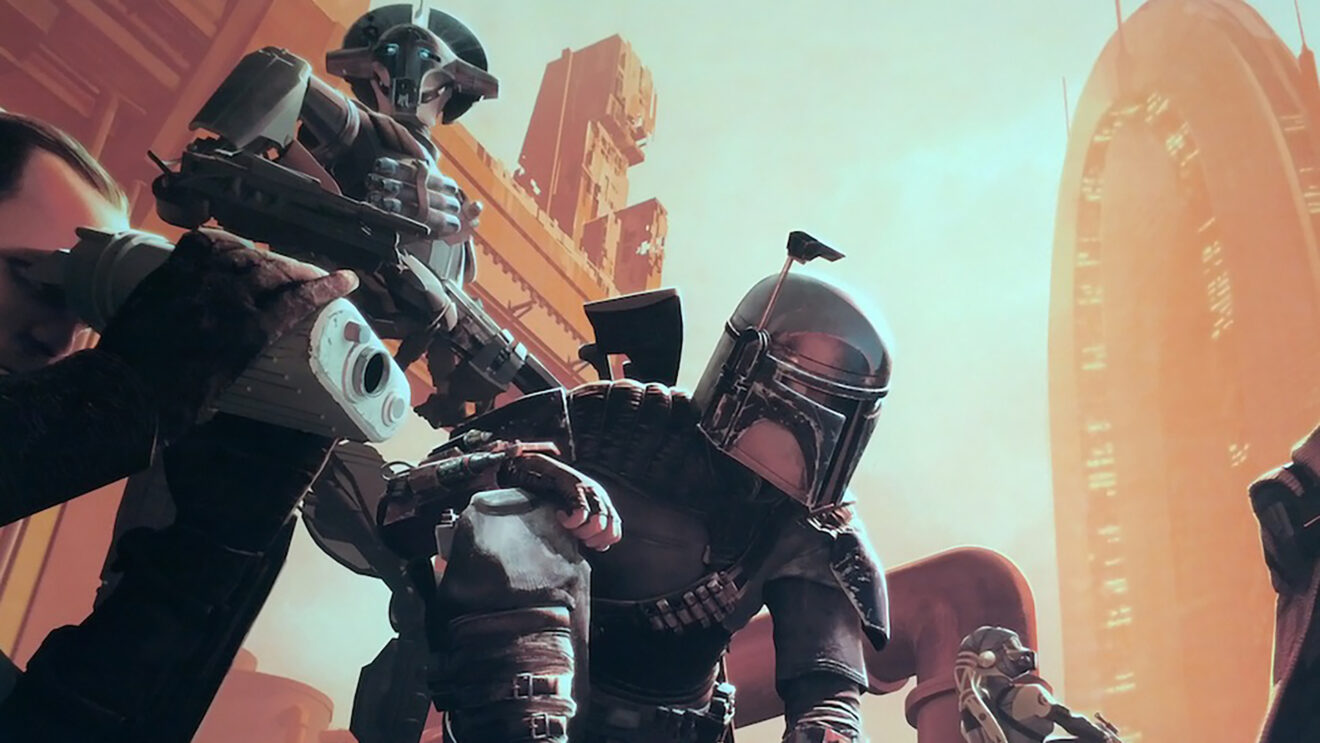 Star Wars 1313, the cancelled action-adventure game starring Boba Fett, is back in the spotlight after a group of archivist published previously unseen gameplay footage.

The new gameplay, released by Star Wars Battlefront III preservation group The Vault, runs about three minutes and shows a few different snippets of gameplay. We see Fett walking around a largely finished environment—some kind of marketplace—in his trademark Mandalorian armor. That’s followed by a lengthy chase sequence through graybox environments, showing off ton of the game’s Uncharted-inspired climbing and platforming. There are also what appear to be some quick animation tests, including one for melee combat.

If you’re unfamiliar with Star Wars 1313, here’s a brief history lesson: The game debuted way back at E3 2012, with a gorgeous trailer that promised a grittier take on the Star Wars universe, set in the depths of Coruscant’s underworld. Trouble is, less than a year later Disney bought LucasFilm announced it was shutting down the development arm of LucasArts, leaving us with little more than that stunning debut trailer.

The day after its cancellation, Kotaku broke the news that 1313 had actually been built to star bounty hunter Boba Fett, with the E3 gameplay offering a bit of misdirection by showing an original character in the lead.

In 2015, Lucasfilm president Kathleen Kennedy said in a /Film interview that Disney “definitely” wanted to explore keeping the project going in some form. Given that it’s now been seven years without any update, however, it’s probably a safe bet the game is dead forever.

But hey, if you need your Boba Fett fix, at least you can check out The Book of Boba Fett on Disney+, currently in its first season.