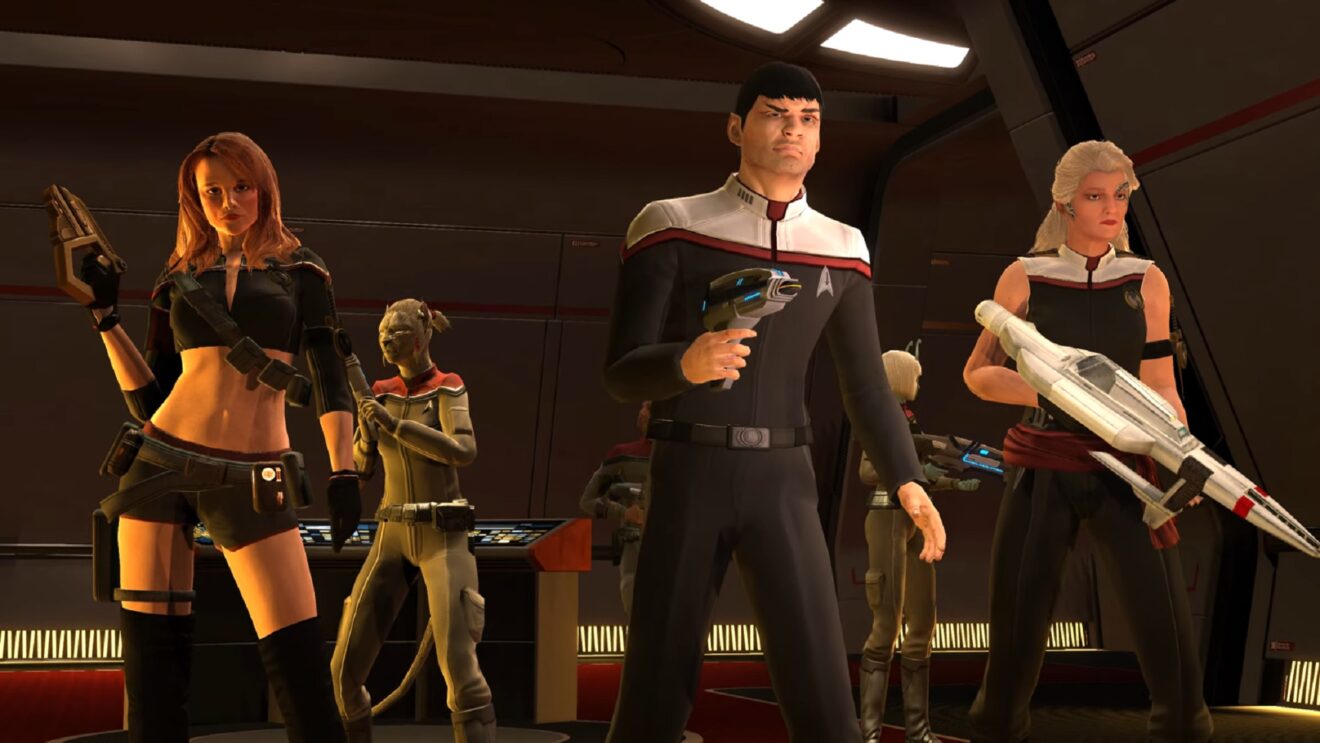 Cryptic Studios revealed during a panel at Star Trek: Mission Chicago that Star Trek Online‘s next big update, Stormfall, will release for PC on May 10th, with a console release following in June.

This latest update picks up the story following the Red Shift episode and features two brand new episodes. Players will head out on a rescue mission in the Mirror Universe alongside Admiral Janeway (played by Kate Mulgrew from Star Trek: Voyager), Admiral Leeta (played by Chase Masterson from Star Trek: Deep Space Nine), and Rae-Yeet (played by Noah Averbach-Katz from Star Trek: Discovery).

In addition to new story content, Stormfall includes a new five-player ground Task Force Operation, a special event, and a remastered tutorial that features more interaction with the Borg and Admiral Janeway.