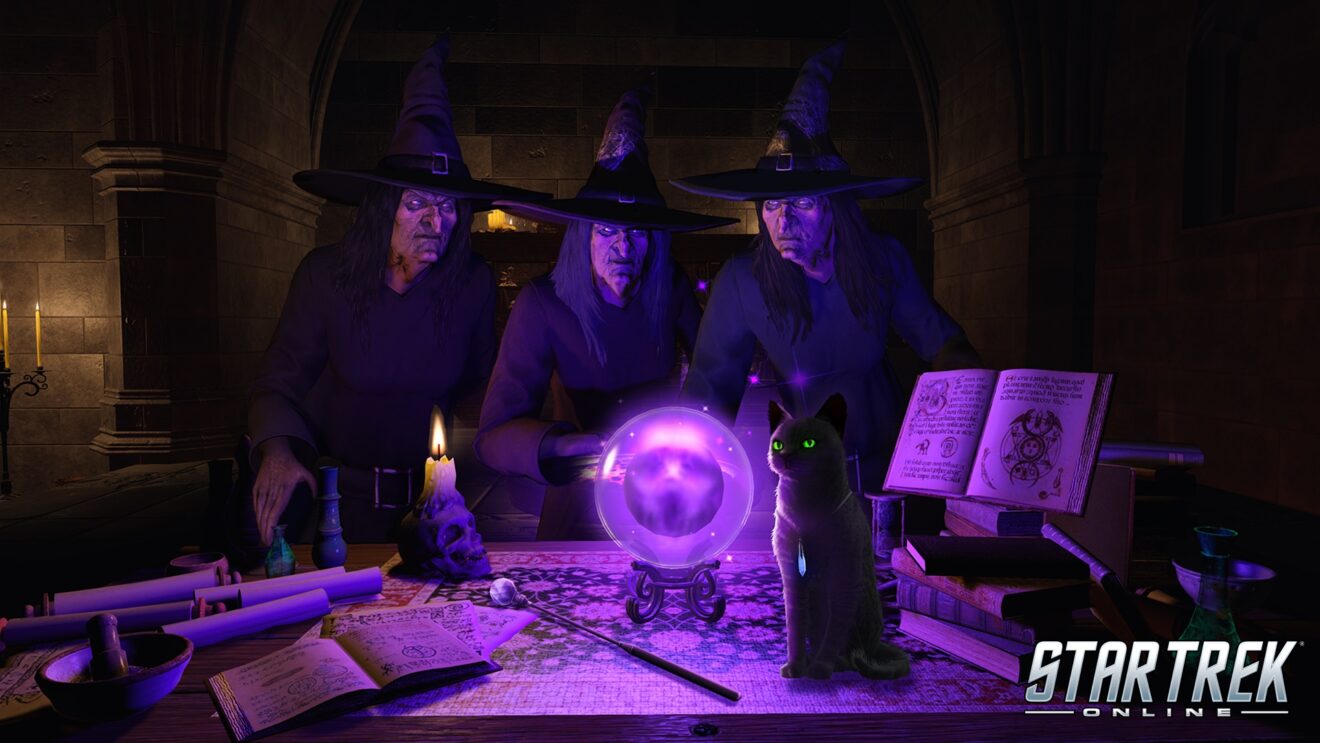 Star Trek Online players can now take part in the game’s first-ever Halloween event titled The Fall of the Old Ones.

The three-week event begins with a single activity and will be expanded in future iterations, similar to the First Contact Day event. For this year, Captains will be transported to an ancient castle on Pyris VII to save the Old Ones from the Devidians and prevent their Transmuter technology from falling into the wrong hands.

Players will need to take part in the new Task Force Operation “Cat’s Tale” once per day for 14 days to grab the grand prize of The Transmuter Wand Universal Kit Module and the Old One Vanity Pet. Players can also get 25,000 Dilithium Ore and three Featured Episode Reward Boxes.

The Transmuter Wand will transform the target into a black cat that disables the shields and powers of allies who are near it.