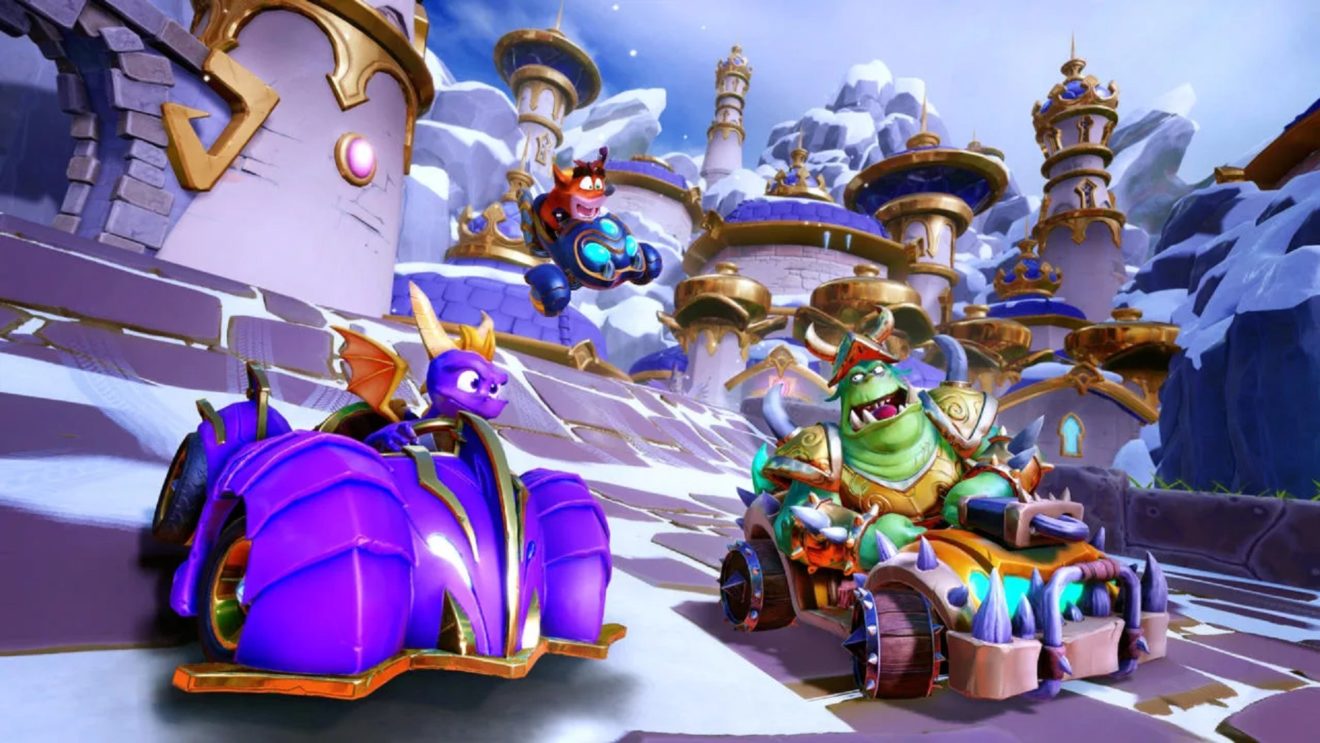 In addition to the above, players will be able to purchase a number of new items from The Pit Stop for Wumpa Coins, including the Spyromobile Kart, Hunter and Gnasty Gnorc as playable characters, new skins, and more.

Finally, tomorrow’s update will bring with it a new track called Spyro Circuit, which is a celebration of all things Spyro the Dragon. The track is split into multiple parts by portals and features chests instead of crates and gems instead of Wumpa Fruit.