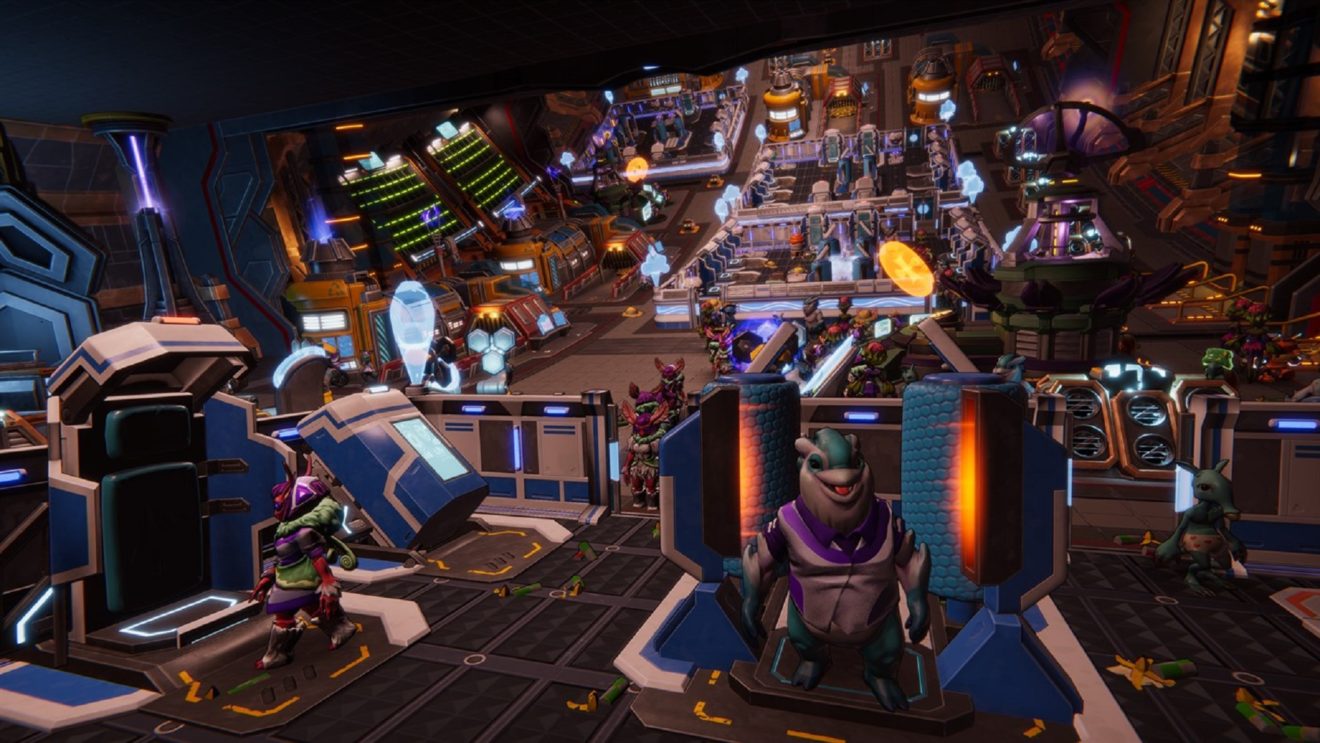 The game puts players in charge of a space station filled with a colorful cast of aliens and tasks them with creating the “most impressive trade and tourism operation that infinite space has ever seen.” In addition to managing their own station, players will need to keep opposing stations in check through economic sabotage and attacks with mechs.

There’s also a Battle Mode and support for both competitive and cooperative multiplayer for up to four players.