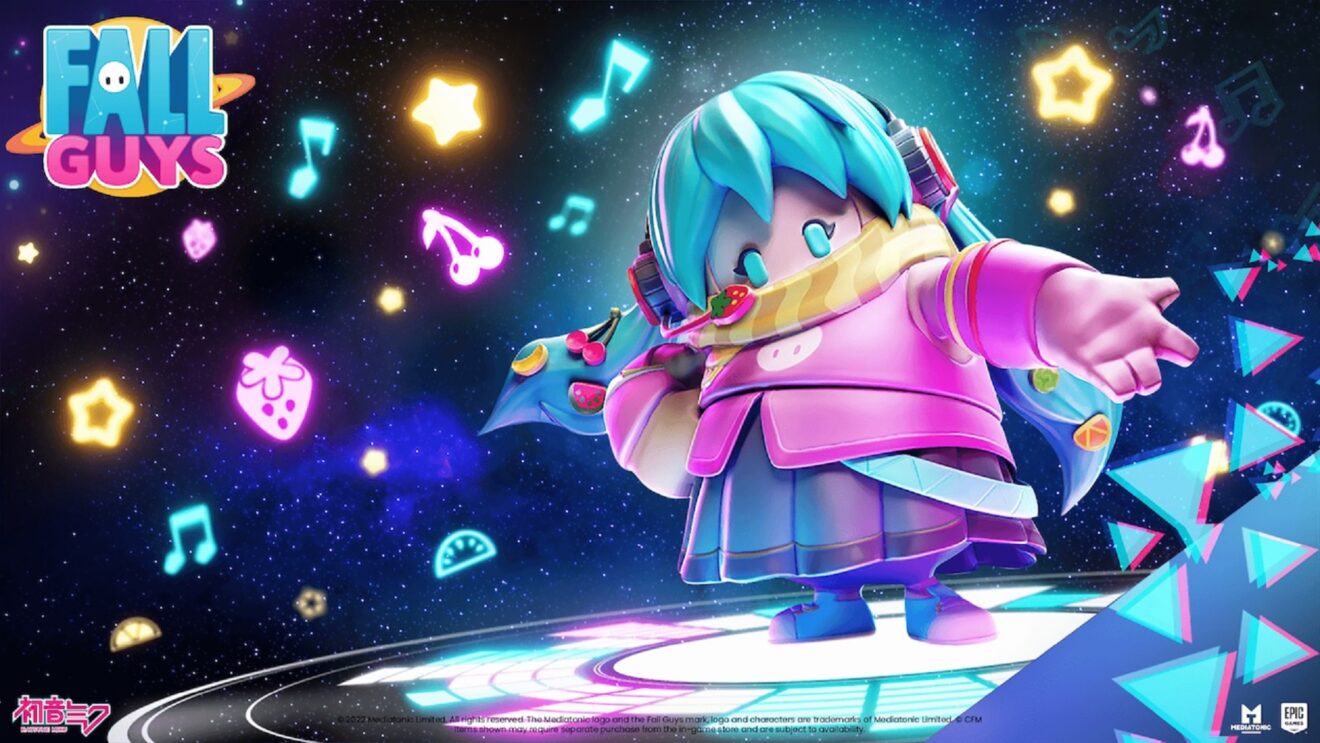 Sound of the Future event begins in Fall Guys

The Hatsune Miku-themed Sound of the Future event is now live in Fall Guys.

During the event, players can complete a series of tasks to earn points, such as collecting Glowsticks and Spring Onions. Gather points to earn the following rewards:

In addition to the above rewards, players can purchase the Miku Blunderland costume. A bundle is also available that contains the costume, as well as a nickname, nameplate, and Blunderland emote.

Players looking for even more Hatsune Miku can acquire the original Hatsune Miku costume by progressing through the Season 2 Pass.