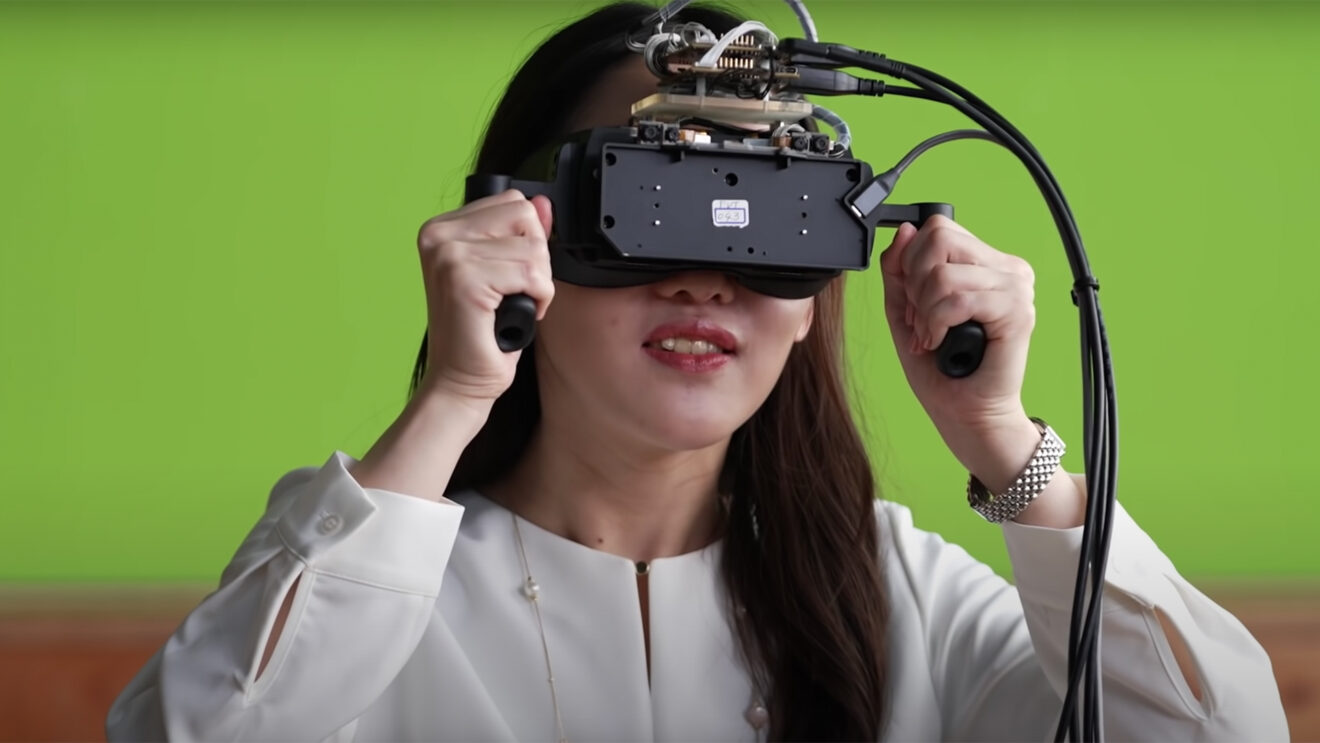 Sony reveals its stunning vision for the future of VR

Sony has revealed a prototype virtual reality headset as part of its “Technology Day,” and the hardware is mighty impressive.

As outlined in a new video, which you can see below, the prototype comes from Sony’s R&D group supports a total of 8K resolution (one 4K image for each eye) with a low-latency, OLED display. The tiny screens used to output this image are impressive, with each looking to be little more than an inch across. As a result, the pixel density is truly next-level, more than doubling the common smartphone displays of today.

It’s worth emphasizing, however, that this prototype doesn’t reflect plans for a commercial product that will be released at any time soon. In other words, this ain’t the next PlayStation VR.

Beyond the simple fact that the technology in this prototype is costly, the PlayStation 5 just isn’t powerful enough to output two 4K images simultaneously. That being said, there’s no reason a future hardware revision akin to the PS4 Pro couldn’t beef up specs in the years to come and make something closer to this headset a possibility. Or maybe we’ll have to wait even longer for a PlayStation 6 and PSVR 3 that can deliver this experience. Only time will tell.

Still, it’s exciting to see that Sony continues to think about powerful, high-end virtual reality as a long-term investment. As Meta (née Facebook) shifts its focus to the standalone Quest line, and other players like HTC and Valve aren’t talking much about VR anymore, having at least one major company committed to the top-end space should help drive innovation.

In the meantime, Sony continues to support the existing PlayStation VR on both PS4 and PS5, with plans for a new headset model and controller. The next big PSVR game, Moss: Book II, arrives in spring 2022.

Josh Harmon
Josh picked up a controller when he was 3 years old and hasn’t looked back since. This has made him particularly vulnerable to attacks from behind. He fell in love with EGM during the Dan Hsu era, so joining the magazine as an intern way back in 2012 felt like a dream come true. Now, as Editorial Director, he’s excited to lead EGM somewhere new.
Share
Post tagsSonyPlayStation VRVR