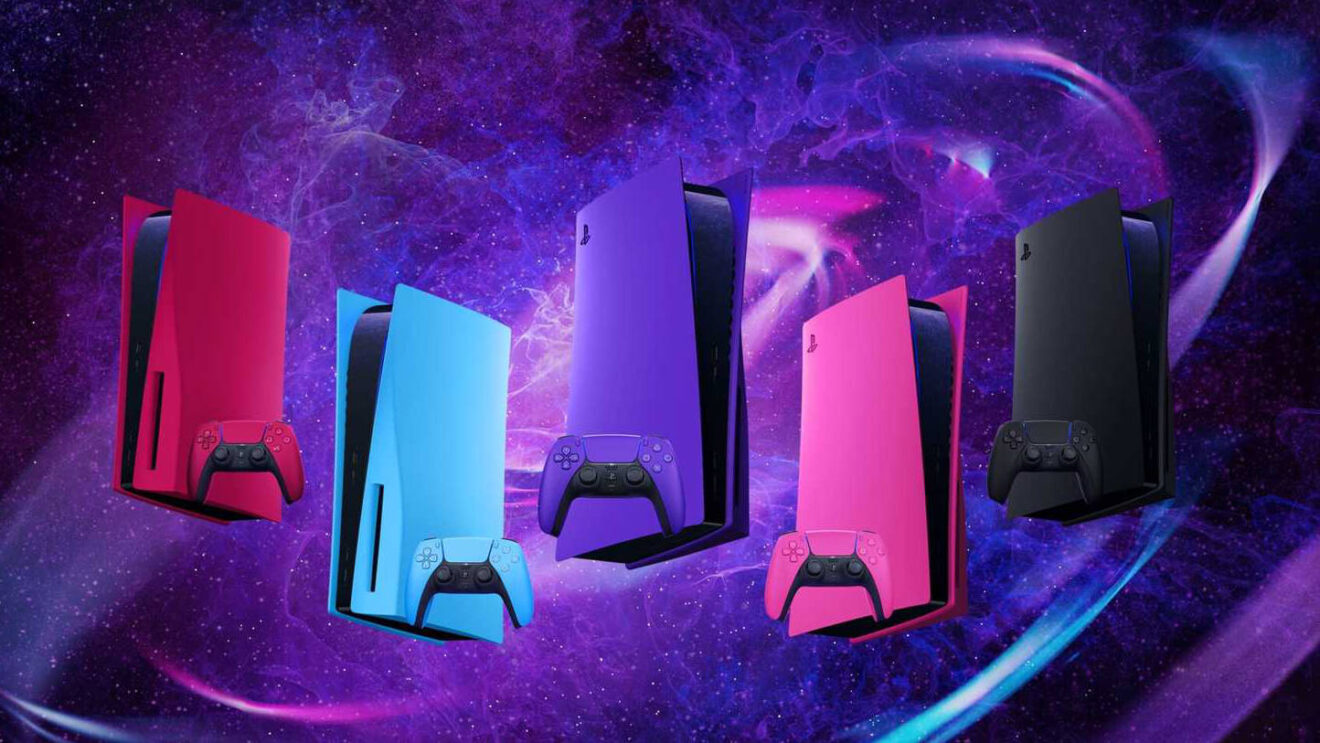 The PlayStation universe is about to get a lot more colorful, as Sony announced two different avenues for those who want to give their PS5 a little more personality.

Beyond that comes the big surprise: a new line of replaceable console covers to replace the white ones that come standard on the PS5, at a price of $55 each.

According to Sony, “The Midnight Black and Cosmic Red PS5 console covers will become available starting in January 2022 at participating retailers in the following locations: USA, Canada, UK, France, Germany, Switzerland, Austria, Spain, Portugal, Italy, Australia, New Zealand, Japan, China, Taiwan, Hong Kong, Singapore, Malaysia, Thailand, Indonesia, Vietnam, Korea, and the Philippines. The Nova Pink, Galactic Purple, and Starlight Blue PS5 console covers will also launch in these locations during the first half of 2022. We plan to launch the PS5 console covers in additional territories during the year, and we’ll announce those details as they become available.”

So, if you’ve been wondering why Sony was so aggressively going after third-party companies like dbrand for making their own replacement covers, now we know.