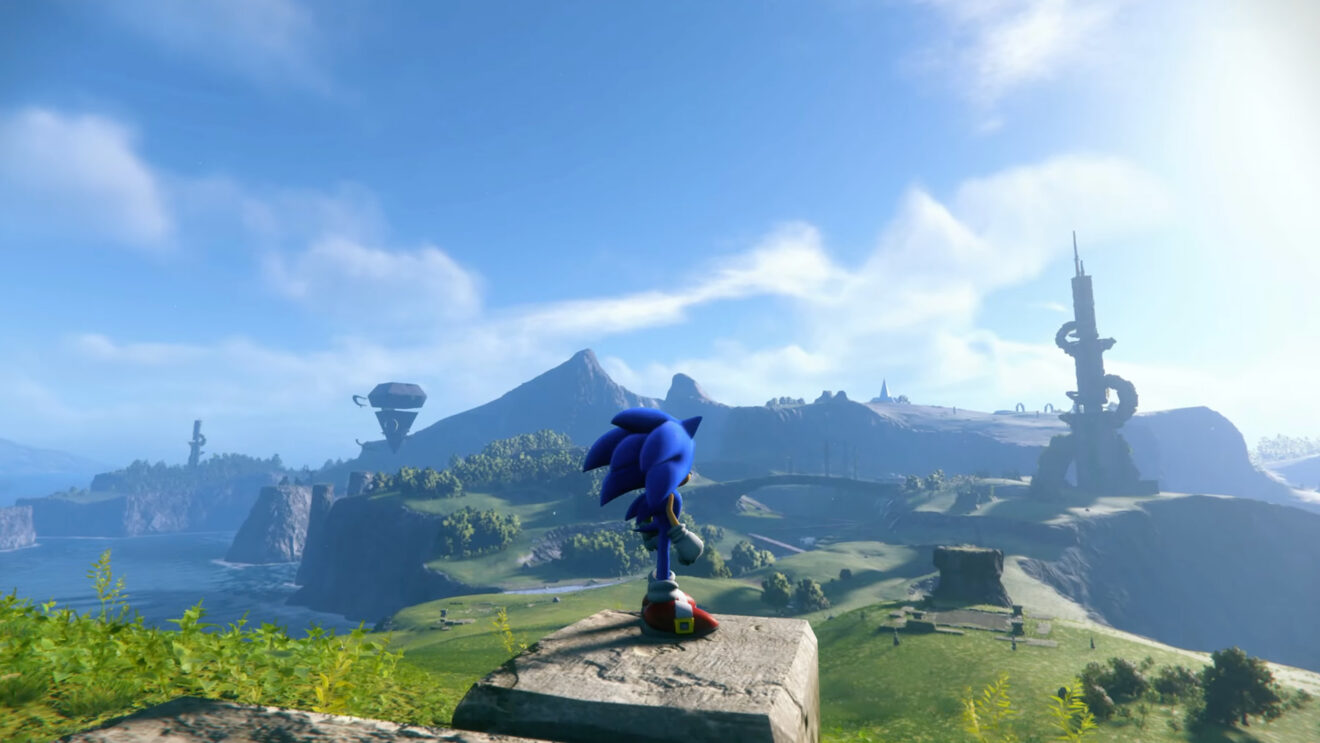 Sonic Frontiers debuts first gameplay, and it’s not quite what we expected

Sega and IGN have teamed up to reveal the first extended look at Sonic Frontiers gameplay, and on one level, it’s exactly what we expected based on the debut trailer. On another level, though, it’s a total surprise.

The seven-minute gameplay offers a few solid hints at how everyone’s favorite blue hedgehog will make the jump to open world gameplay, with Sonic navigating the game’s mysterious island setting at top speed. This looks mostly how we thought it would from the start: Very much akin to The Legend of Zelda: Breath of the Wild, with big open areas to explore and focus on nature.

And yes, like Link in the most recent Zelda, it looks like Sonic will be able to climb towers, discover collectibles, and solve puzzles all around the world, with a big emphasis on open-ended exploration. We also get a look at Sonic’s new ability, which allows him to draw a line on the ground by running in a circle, here used to solve a puzzle involving torches.

But the biggest shocker, so far, is that the world seems to be devoid of enemies, at least in this gameplay. Sonic always has some foes to beat down, but in this seven minute segment, which covers a lot of ground, there’s not a single evil robot in sight. The vibe, as a result, is exceptionally chill, even more so than Breath of the Wild ever was. It feels more like Sonic is chilling out inside an indie game like Journey or The Witness than anything else.

Now, there’s every chance that Sonic Team just isn’t ready to show off combat yet, and as such removed all the enemies from the open world for this demo. We do know for sure there are some enemies in the game, and that Sonic can use his streaky running move to fight them. It’s also possible that the game starts out this relaxing and low-stakes before getting more intense, with baddies invading the world.

But whatever the case may be, it’s striking—and not altogether off-putting—to see a big-budget franchise game show off so much gameplay without any hint of combat. Sure, the Sonic Frontiers very well might get boring if it you were running around for hours at a time with no one to fight, but it could also wind up as an interesting experiment in decoupling Sonic from the expected beats of his genre and previous games. After so many uneven 3D Sonic games, “different” is an intriguing look.

Josh Harmon
Josh picked up a controller when he was 3 years old and hasn’t looked back since. This has made him particularly vulnerable to attacks from behind. He fell in love with EGM during the Dan Hsu era, so joining the magazine as an intern way back in 2012 felt like a dream come true. Now, as Editorial Director, he’s excited to lead EGM somewhere new.
Share
Post tagsSonic